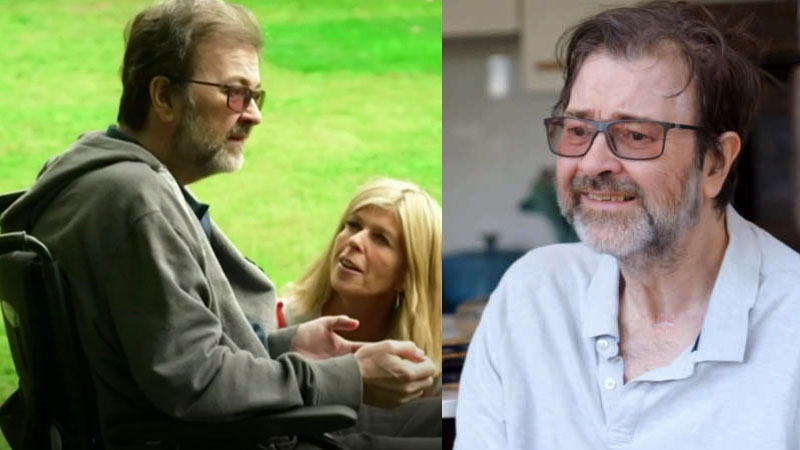 Kate Garraway of Good Morning Britain has revealed that her husband Derek Draper is back in the hospital after developing sepsis for the second time two months ago.

The presenter made the new revelation ahead of Thursday’s National Television Awards, where her second documentary, Caring for Derek, about her husband’s battle, is nominated in the category of ‘Authored Documentary.’

Writing for the Sun on the eve of the awards to highlight the important role that carers have, Kate admitted: “Derek is back in hospital after developing sepsis that again threatened his life and we are again fighting to get him home, but I remain constantly inspired by those around him – not just for their expertise but for their loving care.”

She also admitted to feeling “guilty” about asking that viewers vote for her documentary to win.

“When Caring for Derek was nominated, I was of course very honored but I had mixed feelings about asking people to vote for the film.I was worried and guilty about asking for more support when so many have already sent their good wishes.”

Kate’s new confession comes just days after she celebrated World Mental Health Day by sharing a rare video with fans in which she discussed her own struggles.

Kate admitted on camera that she has felt “frustrated, emotional, and depressed” at times while caring for her beloved husband.

Referring to her acclaimed documentary, Finding Derek, she said: “In the documentary, you saw me frustrated, depressed, emotional. And I’ve been all of those and more in recent weeks and months and more.

“Because that’s the thing with caring, you want it to carry on because you want the person to be surviving and still with you, so that you CAN care for them, but there isn’t an endpoint and it doesn’t get any easier.”

Kate’s husband became ill in March 2020 and spent 13 months in the hospital before being allowed to return home, where Kate and specialist nurses have been caring for him.

Derek has spent a significant amount of time in the hospital since returning home to receive special treatment.

Derek was hospitalized again this summer after contracting life-threatening sepsis and being rushed to intensive care.

George Clooney Slams Trump During Questioning About His Presidential Prospects in 2024: “our democracy paid a price certainly around the world”