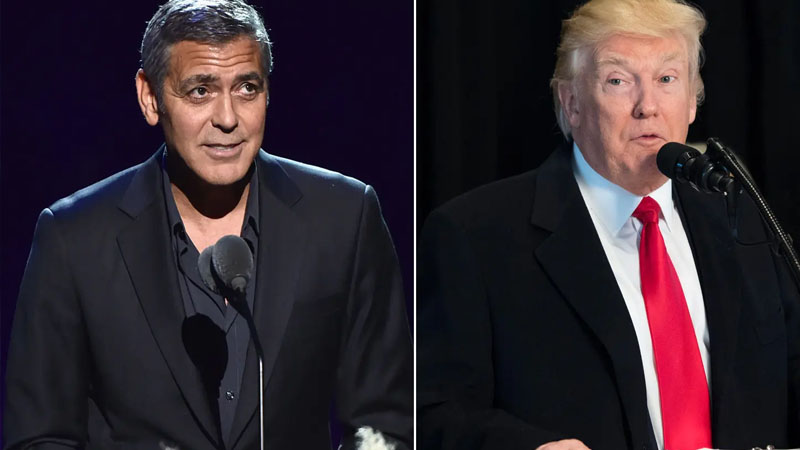 Actor George Clooney blasted former President Donald Trump and reflected on “who he was” in the early 2000s, during an interview with CNN anchor Chris Wallace on Friday.

Clooney, who called Trump a “knucklehead” last year, told Wallace he had Trump’s phone number in his “phone book” and remembered interacting with him in the early 2000s.

“He was the guy that came to the bars and asked me about which cocktail waitress was single, you know, that’s who he was,” Clooney said.

The actor also talked about the possibility of a face-off between President Joe Biden and Trump in 2024, later adding that a “guy” like Trump shouldn’t be president. Clooney said he was mistaken in his initial belief in his ability to become president.

“And our democracy, I believe, paid a price certainly around the world,” Clooney said. “And I worry about the possibility. I don’t think it’s as good as some people are afraid but I do worry about it. I think we’re in a time where we need some interesting candidates all around the board.”

The actor told Wallace that a rematch between Biden and Trump isn’t “as likely as people think.”

In September, Biden told “60 Minutes” that he plans to run for president again in 2024. He did, however, add that it “remains to be seen” whether another campaign is a “firm decision.”

Trump, too, has yet to make an official announcement about his 2024 plans, though he has hinted at running again.

Wallace also asked Clooney how concerned he is about American democracy during their interview.

Clooney expressed his concerns, including the “coarsening of America” and the celebration of unkindness.

He weighed in on Republican-backed efforts to send migrants to places like Martha’s Vineyard, labeling the moves as “the new joke” and “the new cruelty.”

“I look at where we are in this sort of coarsening of our discourse and I find it to be worrying,” Clooney said.