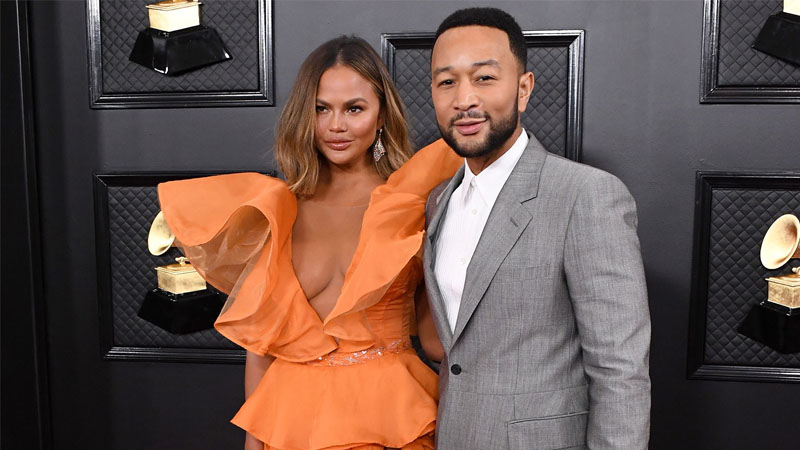 Chrissy Teigen’s bullying controversy has been making headlines lately, and now her husband John Legend has spoken out. A TMZ photographer caught up to Legend in WeHo on Tuesday, with the outlet noting that he appeared to be in high spirits. The cameraperson asked Legend how Teigen has been doing, in the wake of her recently lengthy apology for bullying. Legend reportedly replied with a smile, saying that his wife is “doing great.”

The alleged bullying from Teigen first resurfaced in May, during an interview that the Daily Beast conducted with Courtney Stodden. The reality TV star, who identifies as non-binary, shared that Teigen had bullied them publicly when they were a teenager and that Teigen had also sent them cruel private messages. “[Teigen] wouldn’t just publicly tweet about wanting me to take ‘a dirt nap’ but would privately DM me and tell me to kill myself,” Stodden alleged. “Things like, ‘I can’t wait for you to die.'”

Stodden added, “There were a lot of celebrities acting like playground bullies. Some of the worst treatment I got was from women, and we’re not going to get anywhere if we keep holding each other back.” Teigen subsequently issued an apology, though Stodden later claimed that Teigen never reached out to them directly to make amends for the vicious comments she made.

In the wake of Teigen’s initial apology, former Teen Mom star Farrah Abraham emerged with accusations of bullying, as did Lindsay Lohan’s mom, Dina. Following her new apology, Project Runway fashion designer Michael Costello joined Abraham in speaking out, sharing that he too was a victim of Teigen’s bullying. Taking to Instagram, Costello stated that Teigen engaged in a campaign to keep him from working after “false” racist allegations against him began swirling on the Internet.

He explained that the “photoshopped comment” was proven to be a fabrication, but that Teigen refused to hear him out when he pleaded with her. Costello also shared screenshots of purported messages between himself and Teigen, wherein she told him that he “will get what’s coming,” and that he “might as well be dead.” He stated that this led him to have suicidal thoughts, for which he is still seeking help. Costello has subsequently stated that Teigen has not reached out to him to apologize. He is also facing newly surfaced allegations of racist behavior.