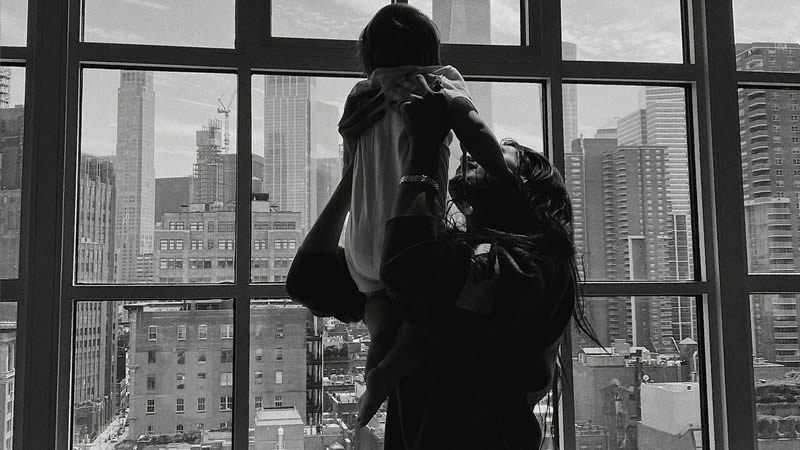 Gigi Hadid posted a summer photo dump on her Instagram last night, and buried in the gallery were two new shots of Gigi’s 10-month-old daughter Khai (face hidden, of course, for Khai’s privacy). For the first time notably, Gigi shared a photo of her sister Bella with Khai, giving the public a glimpse at their aunt-niece relationship.

It’s the fourth photo in the slide show and features the two in New York City:

Bella and Khai have been photographed twice together before by paparazzi, but Khai was hidden in the photo. Bella and Gigi were captured taking Khai on a walk in New York City in her stroller both times.

Bella spoke a little about Khai in Gigi’s Vogue interview earlier this year. Bella explained why Gigi doesn’t plan on sharing her daughter’s face on social media. “I think she wants to be real online, but until her child wants to be in the spotlight and can make the decision herself, she doesn’t want to put her in that position,” Bella said.

Gigi shared an open letter to press, fans, and paparazzi on her Instagram Story earlier this month, asking them to respect her decision to keep her daughter’s face hidden in photographs. She wrote: