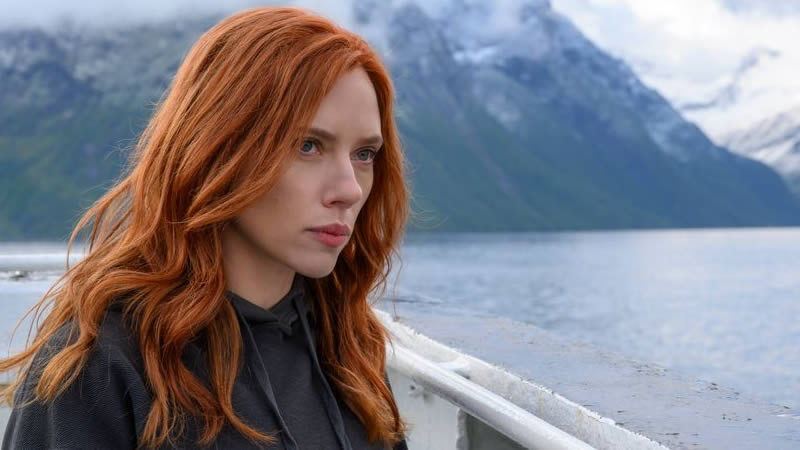 Scarlett Johansson may have retired as the Avengers’s resident Black Widow and passed the torch to Florence Pugh, but it appears that the actress still has some unfinished business with Marvel Entertainment and its parent company, Walt Disney. As originally reported in the Wall Street Journal, the actress — who played Natasha Romanoff over a 10-year period from 2010’s Iron Man 2 to the Black Widow solo adventure that opened in July after a year-long delay — has filed a breach of contract lawsuit against her former employers.

At issue is the way that Disney ultimately chose to release the movie. Originally scheduled to open exclusively in theaters in May 2020, Black Widow was repeatedly delayed due to the coronavirus pandemic. Eventually, the studio made the decision to pursue a hybrid release, opening the massively-budgeted movie in multiplexes the same day it premiered on the Disney+ streaming as a Premier Access title. (Premier Access films are available to Disney+ subscribers for an extra $29.99 surcharge.)

According to the lawsuit that Johansson filed on Thursday in Los Angeles Superior Court, that hybrid release plan breached her original contract with Marvel Entertainment and Disney, which reportedly guaranteed an exclusive theatrical release. Furthermore, her salary for the film would be based largely on how it performed at the box office. Although Black Widow grossed more than $200 million worldwide during its opening weekend — including $80 million at the U.S. theatrical box office, and $60 million via Disney+ — the film experienced a significant drop-off in subsequent weeks.

“Disney intentionally induced Marvel’s breach of the agreement, without justification, in order to prevent Ms. Johansson from realizing the full benefit of her bargain with Marvel,” the lawsuit states. Sources told the Journal that the actress could stand to lose upwards of $50 million in bonuses over the move.

In a statement, Disney said there was “no merit whatsoever to this filing.”

“The lawsuit is especially sad and distressing in its callous disregard for the horrific and prolonged global effects of the COVID-19 pandemic,” the company continued. “Disney has fully complied with Ms. Johansson’s contract and furthermore, the release of Black Widow on Disney+ with Premier Access has significantly enhanced her ability to earn additional compensation on top of the $20 million she has received to date.”

As the Wall Street Journal notes, Johansson’s lawsuit could be the opening salvo in a looming battle between the creative and business sides of the industry as studios explore other release models beyond theatrical exclusivity. (Warner Bros., for example, is jointly releasing all of this year’s slate simultaneously in studios and on HBO Max, a move that has infuriated many filmmakers and stars.) “This will surely not be the last case where Hollywood talent stands up to Disney and makes it clear that, whatever the company may pretend, it has a legal obligation to honor its contracts,” John Berlinski, an attorney at Kasowitz Benson Torres LLP who represents Ms. Johansson, told the newspaper.

Notably, Marvel’s next two movies, Shang-Chi and the Legend of the Ten Rings and Eternals will open only in theaters on Sept. 3 and Nov. 5 respectively. (Spider-Man: No Way Home, which is made in collaboration with Sony Pictures, will also be a theatrical exclusive when it arrives on Dec. 17.) But with the continued success of Marvel Cinematic Universe streaming shows like WandaVision and Loki, the future of the Marvel multiverse will inevitably encompass screens of all sizes.

Kate Middleton To ‘Take Over’ Patronages Held by Prince Harry