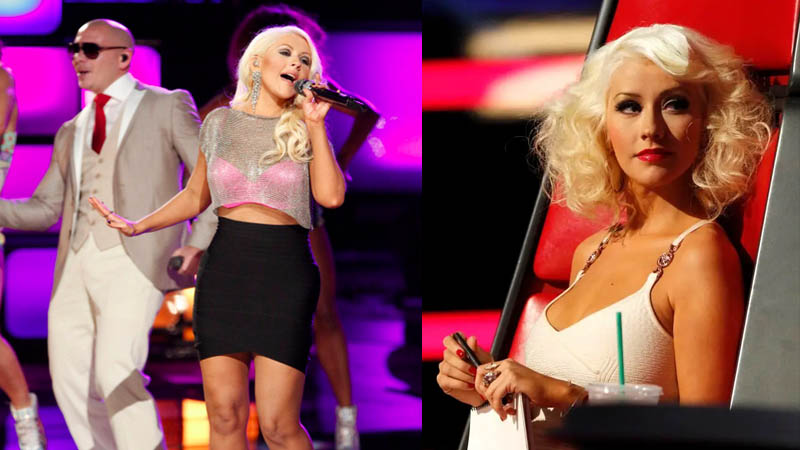 The dress in question is a baby pink ruffled ball-gown that flairs out towards the knees, filled with ruffles all around. Its neck mimics a coat like appeal with large collars that meet at the left. The gown also comes with a waist cincher that has been added in to give it more form.

While the dress itself is the epitome of character in its own right, the multi-colored neon letters all over the singer’s torso became the aspect that stood out the most. They read, “[expletive] this I’m going to vote.”

The Grammy award-winning singer shared a sneak peek of her dress over on Instagram with a caption that read, “V O T E Now is a crucial time! Each one of us is held responsible for making a step toward change and using our voices. We’ve knocked down walls throughout history to be able to use our power and the time to use it is NOW!”

Since Aguilera’s main motivation is to do everything with her children’s future in mind. Her only intention for this presidential race is to support the formation of a world that is “filled with love, tolerance, acceptance, and respect.”

According to People magazine, “This year has shattered my heart in so many ways. I’ve been horrified by the behavior we’ve been seeing — behavior that I wouldn’t even expect from my 6-year-old.”

“But I am still hopeful that we can unite and push for positive and peaceful change FOR HUMANITY. Let’s create a better & more united future for us all! You can’t rely on someone else to do it. You have the power. You can make the change.”

Intelligent people prefer to be alone, they love reading and have a great sense of humor

After their engagement, Jillian Michaels gushes over her fiancée DeShanna Marie Minuto: ‘Thank God For This Person,’ says the narrator