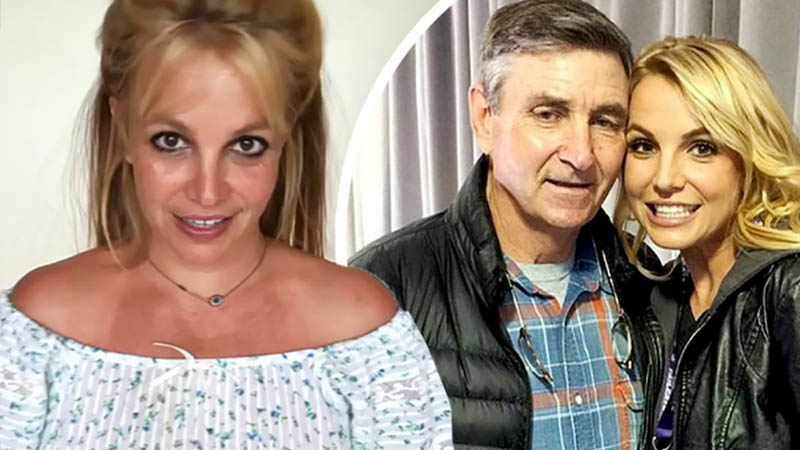 Going head-to-head. Britney Spears asked a judge to remove her father, Jamie Spears, as a co-conservator of her estate ahead of a hearing later this month, Us Weekly can confirm.

The “Toxic” singer’s attorney, Sam Ingham, filed new documents on Tuesday, November 3, outlining her request to ditch her father, 68, who has been her conservator for 12 years.

According to the documents obtained by Us, Britney, 38, previously requested that Bessemer Trust Company be the sole conservator of her estate moving forward. Her father consented to the Bessemer Trust as co-conservator, retaining him as the second party in charge in a letter filed last month.

After Tristar Sports and Entertainment Group resigned in October as Britney’s business manager without prior notice to the singer, her father hired a replacement, Michael Kane of Miller Kaplan, on Sunday, November 1. Britney claims he did this without consulting his daughter or advising her of the terms of Kane’s engagement or fees.

“The October 28 letter is a blatant attempt by JAMES to retain full functional control of her assets, books and records in the face of BRITNEY’S objections, TRISTAR’s resignation and the appointment of BESSEMER TRUST,” the November document reads. “His simple litigation strategy is to introduce a new gatekeeper who admittedly has a major working relationship with his legal team.”

Britney’s lawyer pointed out that “It is now obvious that any effort to create a viable working relationship between and among BRITNEY, BESSEMER TRUST and JAMES would be doomed to failure even without the added stress of litigating BRITNEY’S objections to the Account.”

Because of James’ dealings with the Bessemer Trust and Britney’s business manager, the attorney revealed that his client will be “filing a petition to remove James as conservator of the estate.” The filing also requests that Jamie be “suspended immediately upon the appointment of Bessemer Trust” as sole conservator.

The request will be discussed as part of the family’s Tuesday, November 10 hearing.

Jamie and an attorney, Andrew Wallet, were initially appointed as Britney’s conservators in February 2008 after her public breakdown and divorce from Kevin Federline. The singer shares sons Preston, 15, and Jayden, 14, with her ex

Wallet stepped down in March 2019, leaving Jamie as the sole conservator of his daughter’s estate. Six months later, Jamie temporarily stepped down from his role, due to “personal health reasons” and after an alleged altercation between him and his grandson Preston.

The Crossroads star’s care manager, Jodi Montgomery, was then named her conservator in September 2019.

Britney previously filed a request to have her father removed as her conservator in August stating that she “is strongly opposed to having [Jamie] return as the conservator of her person.”

A source exclusively told Us at the time that “Britney does want the conservatorship of her as a person to end, but she was concerned that Jamie could attempt to have the temporary conservator removed.”

The insider added: “There has been significant improvement in Britney’s overall medical treatment plan, which has been attributed to no longer having her father in charge of her personal life.”

Last month, a source told Us that Jamie is “very concerned” with how much freedom Britney has had in recent months over her medical treatment with Montgomery in charge.

Did Miley Cyrus start a feud with Kendall Jenner by unfollowing her on Instagram?

Intelligent people prefer to be alone, they love reading and have a great sense of humor