Taylor Swift brought down the house as she performed at the MTV VMAs on Monday night. The singer opened the show with a colorful performance of “You Need to Calm Down” featuring hearts, rainbows, pink clouds, and a huge shout-out to the Equality Act at the end of her set.

Reminiscent of the song’s music video, Swift started the show in a yellow lawn chair (complete with fake grass) surrounded by backup dancers with brightly colored hair and matching outfits. The stage immediately transformed into a full-blown party, balloons included — not to mention, the pop-out letters on the screen were a total “ME!” callback. 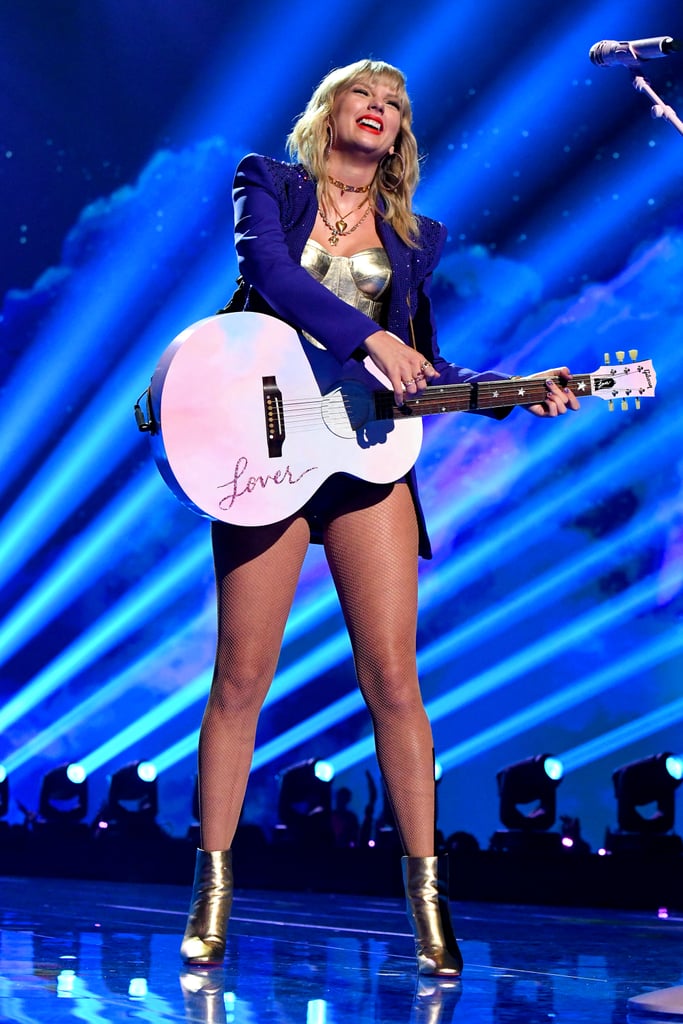 Swift threw on a sparkly blazer and followed “You Need to Calm Down” with her first live performance of “Lover.” There was definitely a lot of love radiating off her friends in the audience, including Gigi Hadid and Camila Cabello.

The crowd was also on board the love train as fans all throughout the venue cried and waved their hands along to the music. So sweet! The last time Swift attended the show was all the way back in 2015, when she took home video of the year for “Bad Blood” alongside her famous friends. 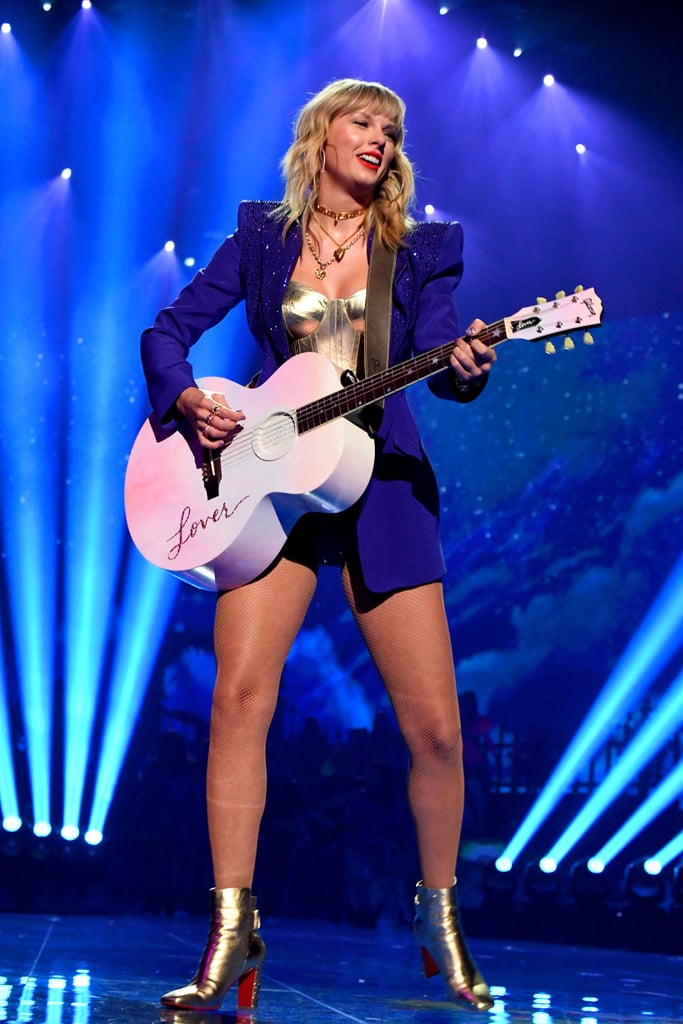 The award show comes after a crazy week for Swift. In addition to dropping a new music video, the singer also released her seventh album, Lover.

We definitely can’t wait to see even more appearances from Swift as she promotes her new music! Take a closer look at her performance ahead.