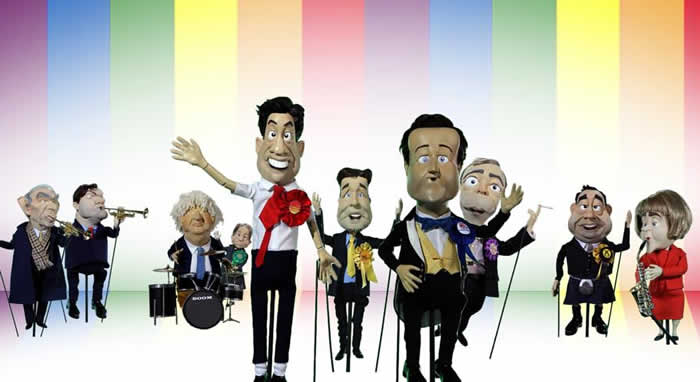 Up to 50 new famous faces will be getting the puppet treatment later this year as ITV’s Newzoids returns for a second series of current affairs satire.

Adele, Zayn Malik, Bear Grylls and Donald Trump will be among the latest marionette additions to the Newzoids ensemble, where they’ll be joining last season’s stars David Cameron, The Queen and Simon Cowell.

The six-part series combines puppetry and animation to put together a sketch show that pokes fun at the biggest names in showbiz and politics. Highlights from series one include the Duke and Duchess of Cambridge welcoming baby Princess Charlotte to the world, as well as Harry Styles meeting a vampire Simon Cowell.

Jon Culshaw and Simon Greenall, while among the writers are such names as Pete Sinclair, Madeleine Brettingham, Tom Jamieson and Annabel Port. Saskia Schuster, ITV’s Comedy Commissioning Editor, said: “Newzoids’ first series proved to be funny, fresh and biting, creating its very own surreal world of politics and celebrity.

“I look forward to meeting the many new Newzoids puppet creations celebrities and MPs beware, nobody is safe!” Newzoids is a co-production for ITV between Citrus Television and Factory. The series will be overseen by Saskia Schuster as part of the newly formed Comedy Entertainment team.