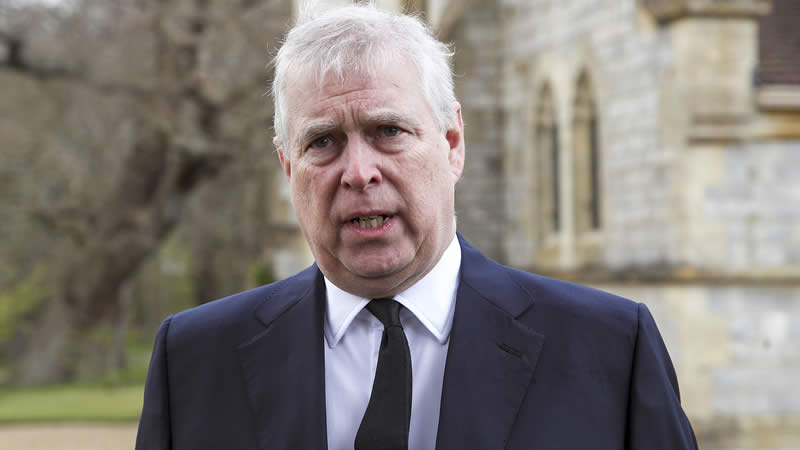 Friends fear that the Queen‘s decision to sever all official ties with the Duke of York and cast him adrift as a “private citizen” will be used against him in court.

Buckingham Palace announced earlier this month that Prince Andrew had been stripped of all military titles and patronages, ordered him not to use his HRH title, and ruled out any return to public duties.

The “ruthless” decision was made after the Duke failed to persuade a New York judge earlier this month to dismiss the civil case.

Despite mounting legal and public pressure, such a move had previously been postponed for fear of appearing to pre-empt the outcome. Palace aides recognized that it would be interpreted as a premature judgment on the case, but they felt they had no choice because they believed that, win or lose, the Duke would never be completely cleared his name.

Sources have now warned that the move could play into his accuser’s hands if the case goes to trial, implying that even his own family considers him too toxic for their “brand.”

One friend said: “We fear that cutting him off looks like the Royal family have pre-judged him and that this could somehow be used against him in court. Stripping him of his duties before legal proceedings have barely got underway is hardly a vote of confidence.”

Virginia Roberts Giuffre, 38, claims that Prince Andrew sexually abused or raped her three times when she was 17 in 2001. He denies all of the allegations. She is trying to sue for unspecified damages.

David Boies, Ms. Giuffre’s lawyer, is described as one of America’s most feared litigators, who demolishes opponents on the witness stand.

Former federal prosecutor Mitchell Epner, who now works with the New York law firm Rottenberg Lipman Rich, believes the Duke’s charitable work should be at the front of his defense strategy.

“When it comes to juries, facts are not persuasive but stories are,” he said. “They should be highlighting all the good works he has done, the fact that he was a brave, decorated soldier who put himself in harm’s way, the hours that he has toiled at the great personal expenditure of time on behalf of so many charities.

“But in that scenario, David Boies can now bring up the fact that the Queen has stripped him of all such links as a direct result of this lawsuit. It becomes the dog that did not bark.”

The Prince of Wales and the Duke of Cambridge are said to have been “instrumental” in forcing the Duke out, determined to put the Royal family first at all costs.

When he was first to cut loose in November 2019 following his disastrous Newsnight interview, the Duke was given his own legal and public relations team, allowing Buckingham Palace aides to wash their hands of the whole thing.

But even that will be interpreted as the institution giving up on him – “pulling up the drawbridge”, one source said. “If they’re not prepared to back him, then who on Earth will?” the source added. “What hope is there for a jury confronted with these facts?”

Senior royals are said to be shocked by the allegations, as well as the continued global media coverage of the case.

In recent weeks, when asked about the case in public, both Prince Charles and Prince William have remained silent. No member of the Royal family has publicly defended Prince Andrew, even if only to say that the legal process must be allowed to run its course.

Multiple royal sources have admitted that, whatever it takes, everyone behind the palace walls just wants the case to “go away.” As a result, despite the negative connotations, an out-of-court settlement remains the preferred strategy.

Buckingham Palace did not respond to a request for comment.