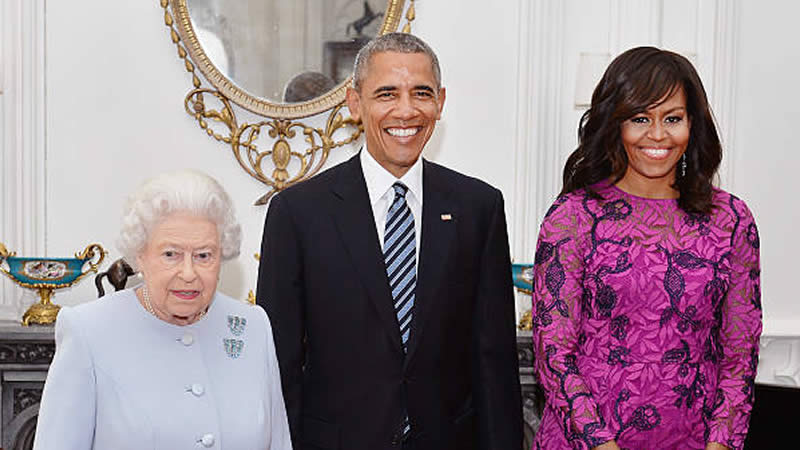 For one celebrity, the Queen broke royal protocol. The Queen is known for her ‘no contact’ policy, but she broke with tradition when meeting Michelle Obama, the former First Lady of the United States.

Mrs. Obama, then-First Lady of the United States of America, memorably hugged the Queen at Buckingham Palace in 2009. The Queen, on the other hand, appeared to embrace the hug — some even claim she initiated it, as per Cambridge news.

In Tom Quinn’s book ‘Kensington Palace: An Intimate Memoir from Queen Mary to Meghan Markle‘, a former employee at the palace is quoted as saying: “The Queen has a soft spot for Americans after meeting Barack Obama who she completely fell in love with – so much so that she has frequently asked her courtiers if they could arrange for him to come to Britain now he is no longer President.”

The Queen’s admiration for Mr. Obama is reciprocal, as he also has a soft spot for her. He said: “She is truly one of my favorite people. I confess I’ve also come back to wish Her Majesty the Queen a happy 90th birthday.”

The former US President said: “Earlier today Michelle and I had the honor to join Her Majesty and His Royal Highness the Duke of Edinburgh as their guests at Windsor Castle where we conveyed the good wishes of the American people.”

In 2018, Michelle spoke about why she put her arm around the Queen and what happened afterward in her best-selling memoir, Becoming.

She said: “The Queen glanced down at the pair of black Jimmy Choos I was wearing. She shook her head. ‘These shoes are unpleasant, are they not?’

“She gestured with some frustration at her own black pumps. I confessed then to the Queen that my feet were hurting. She confessed that hers hurt, too.”

“We looked at each other than with identical expressions, like, when is all this standing around with world leaders going to finally wrap up? And with this, she busted out with a fully charming laugh.”

Mom claims Her Son’s Orange Sneakers Saved Him From the Mississippi River after Barge Crash: “Vincent was stuck underneath”