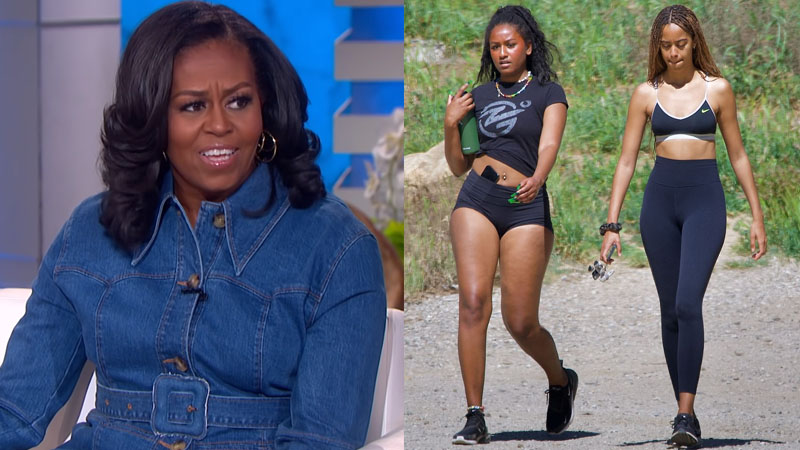 Michelle and Barack Obama have returned to their empty nest. On Tuesday’s episode of The Ellen DeGeneres Show, the former first lady of the United States talks about saying “bye” to her now-grown daughters, Sasha, 20, and Malia, 23, after they both moved out of the family home for the second time.

“It was an extra special treat to have them that little bit of time,” Obama tells DeGeneres about her family’s time in quarantine together. “Because being with them as adults, it’s fun. I love them at every age.”

She adds, “Sasha is in college and they’re doing well. They are just amazing young women.”

Obama explains having women as “scary,” mentioning that her daughters are far from fangirling over the Jonas Brothers. Everything revolves around boyfriends, as per Whas11.

“They loved the Jonas Brothers,” she quips. “Now they are bringing grown men home. Before it was just pop bands. Now they have boyfriends and real lives.”

Obama thinks her daughters are the result of the values she instilled in them from the time they supposed their roles as first daughters until the time came for them to leave the comfort of their home.

“I listened to what my mother said when she was raising us,” the Becoming author says. “She said, ‘I’m not raising babies, I’m raising real people to be out in the world.’ And I kept that in mind with the girls.”

Obama didn’t just give an update on her daughters’ progress. When asked what her husband, former President Barack Obama, had been up to, she said he had been involved in a lot of sports and was adjusting to life outside of the White House.

“He’s pretty good at golf now,” the Waffles and Mochi creator says. “Doing a lot of golf. Not so good at picking up after himself, because he had a lot of help with that. He thinks he’s good at it. He had a lot of help, but he got a little worse.”