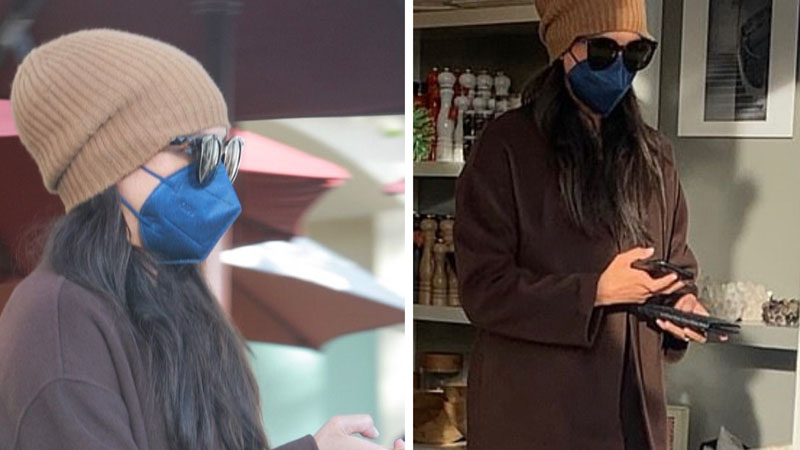 Meghan Markle‘s fans and critics have recently made several comments about her on social media. This comes after photos of her Montecito outing emerged, showing her visiting some stores close to their home.

According to Express UK, some netizens accused the Duchess of Sussex of “staging” the photos. One even claimed that the former actress did this because she was “so triggered” by the apparent backlash from her appearance on “The Ellen Show.”

Another individual has made the same claim, claiming that Markle was the one who called the paparazzi. As stated previously, Santa Barbara is a small community, and paparazzi do not simply wait for her to leave the house.

However, supporters of Prince Harry‘s wife are said to have immediately defended her against the accusations. One netizen praised her for looking “absolutely gorgeous.”

The same fan, then, said that “being papped from time to time is expected.” However, it is an issue people have with the media and paparazzi due to the “illegal and intrusive actions.”

Despite all of the defenses and accusations, Meghan Markle has remained silent on the matter. She and her family appear to maintain their privacy.

The uproar on social media surrounding the Duchess of Sussex follows a royal commentator’s claim that she was “upset” by the apparent backlash from her recent appearance on Ellen DeGeneres’ talk show. Neil Sean recently told his audience that she has “taken to indoors,” as the British would say.

Meghan Markle was criticized after she came into the show’s prank segment. DeGeneres, the talk show host, forced her to do several things in front of unsuspecting vendors.

Among them are wearing a crystal on her head, eating like a chipmunk, and even drinking from a baby’s bottle. As stated previously, she did this to boost her brand by making herself “relatable” to the general public.

Sean, however, noted that “it did not come out that way.” This is despite Prince Harry reportedly thinking that it was a “good idea,” as well, to show his wife’s fun side.

Meanwhile, news of her recent “solo shopping trip” in Montecito broke on Friday. According to the Daily Mail, many people saw Meghan Markle visiting some of her favorite stores near their family’s estate.

The outing took place on Wednesday afternoon, as previously stated. Although most residents in the area would reportedly assign the task to their assistants or personal shoppers, the Duchess of Sussex “preferred to do it herself.”

At the time, Prince Harry and their two children were not with her. She was, however, accompanied by a bodyguard, who drew her back home to her family.

Stimulus Check Four Will Be Given To Babies