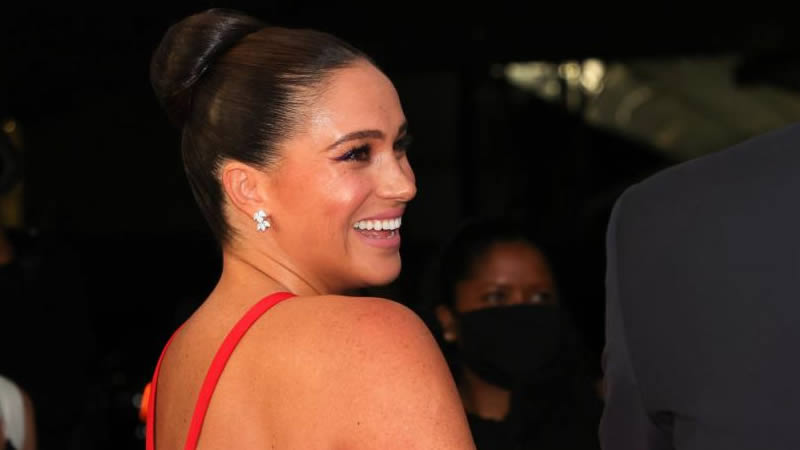 A body language expert feels Meghan Markle let out her inner hostile nature during her 2016 interview for a Suits promotion.

This claim has been made by body language expert Jesus Enrique Rosas and on his personal YouTube channel he claimed, “When an analyst spots a compound expression, you have to judge, what is the correct word to define what you are seeing?”

“This is because compound expressions can have any kind of facial combination. In this case, my personal take on it is that I see hostility.”

In the clip, the host can also be seen stumbling over his own cue cards while introducing Meghan Markle, and the body language expert believes, “The next change comes when she turns to see the camera, which could be seen as her resting face.”

“It’s not hard to spot that Meghan has a very intense gaze, or at least that’s the look she wants to give the camera.”

He also went on to add that “She tries to play friendly by raising her eyebrows, and show goodwill to the interviewer.”

Later on into the interview, Meghan could also be seen clenching her jaw and left the expert to wonder, “Clenching the jaw, most of the time is trying to release stress. Does it mean that Meghan is angry all the time? Maybe not.”

“But it seems that she has adapted that jaw clenching as a bad habit… But if she adopted this as a bad habit, it’s because, at some point, she had these intense bouts of emotions that required that facial escape.”

“You have to look at all of [Meghan’s expressions] like a system, and it’s much easier if you reduce expressions to their easiest meanings.”

“Despite how distracting or confusing that might be – Meghan was upset and she was doing a very bad job of hiding it. Later in the interview, she grabbed the man’s cards and she even gets upset when she looks at someone over her shoulder.”

Rare Stolen Violin Reunited With Owner in Martinez after 35 Years