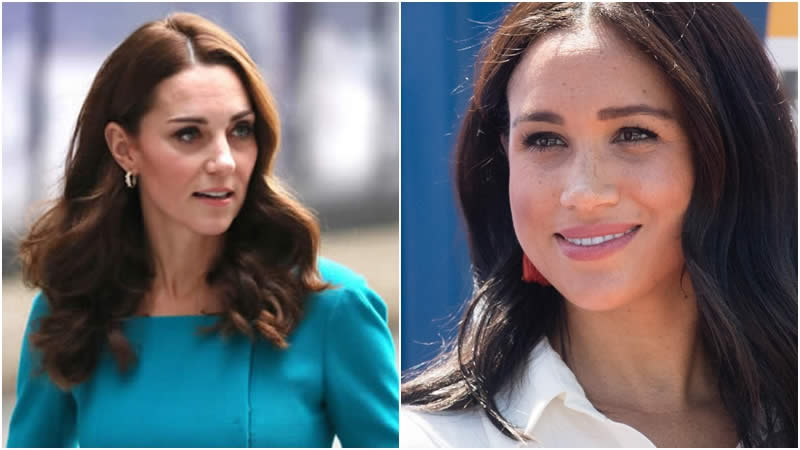 Kate Middleton and Meghan Markle’s relationship has been widely discussed and various news has been making the front lines.

The reason for the reported split between the two women, however, has never been revealed.

Now, a new book claims to reveal why the two ladies don’t have a close relationship.

Kate, it appears, was unable to bond with her future sister-in-law because she lacked ‘much energy.’

As a result, the wedding was planned while Kate was pregnant and gave birth to her son, Prince Louis in 2018 just weeks before Harry and Meghan’s wedding.

Author Andrew Morton claims in an updated edition of his unauthorized biography, Meghan: A Hollywood Princess, that the two women didn’t have much time to get to know one other.

According to The Mirror, the extract states, ‘Kate and Meghan were neither sisters nor, unlike Fergie and Diana, friends before they joined the Royal Family.’

‘What is more, during the build-up to Meghan’s wedding, Kate was experiencing her third difficult pregnancy and was focused on her own welfare. She did not have much energy to bond with her new neighbor.’

He goes on to say that Meghan and Kate had “little opportunity” to form a friendship “away from public events” because they spent the majority of their time living three hours off from each other.

Kate and her family spend their free time at Anmer Hall, while Harry and Meghan lived at Frogmore Cottage during their time in the UK.

Kate and Meghan have yet to reunite after the Sussexes decide to quit as senior royals in the early months of 2020. Meghan has since unleashed a series of bombshells concerning her treatment as a member of the family.

Including her claim that Kate was the one who made her cry the night before her wedding. In an interview with Oprah, she denied claims that Kate left a dress fitting in tears after an altercation, instead claiming that Kate had made her cry.

Meghan went on to say there “wasn’t a confrontation” and an apology was made after the incident.

Andrew’s Morton’s updated version of Meghan: A Hollywood Princess is on sale from October 14.