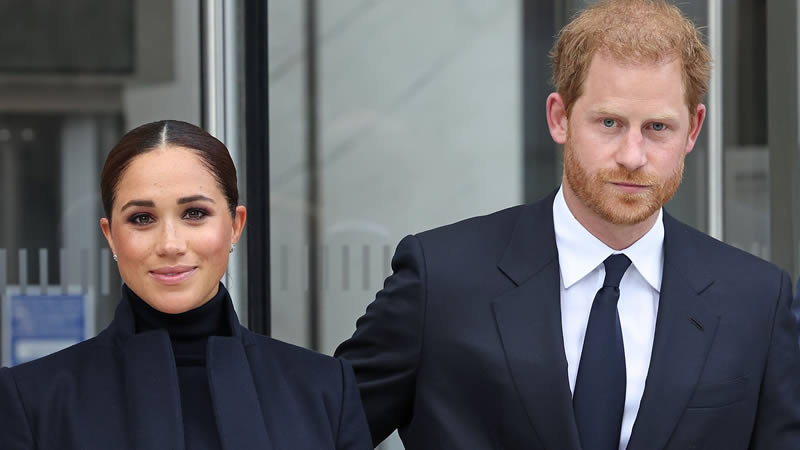 Prince Harry’s biography “may not be helpful” for Meghan Markle’s political career, according to royal expert Richard Fitzwilliams.

The Duke of Sussex revealed earlier this year that he would be publishing a memoir with Penguin Random House, with the first copies anticipated to hit shelves in Autumn of next year.

The memoir would be “accurate and wholly truthful” and will cover Harry’s childhood, his experience in Afghanistan, and his life as a husband and father, according to Harry. However, the announcement generated concern among royal observers as to whether the Duke would be critical of the Royal Family in his biography.

Last year, Harry and Meghan left the Royal Family and relocated to California, exacerbating the so-called schism between the Sussexes and the rest of the Firm.

Tensions were heightened once more after Harry and Meghan made harsh criticisms of royal life in a candid CBS interview with Oprah Winfrey.

Meanwhile, when Meghan lobbied high-ranking US senators to allow paid family leave in America, some observers have questioned whether the Duchess of Sussex would seek a future career in politics.

Mr. Fitzwilliams, a royal observer, said that Harry’s memoir, as well as the public nature of the Sussexes’ feud with the Royal Family, would not be helpful if Meghan does have political aspirations.

He told Express.co.uk: “Harry’s book is coming out, all of this, it may well not be helpful.

“I haven’t seen it obviously, it’s not until the end of next year, but this is something that’s an important point.”

If Meghan were to pursue a career in politics, the expert suggested, it would be in the Sussexes’ best interests to heal their relationship with the Firm.

Mr. Fitzwilliams continued: “As far as the Royal Family are concerned, I think it does mean something important, yes.
“Anyone who is a politician wants an image that’s caring.

“If you don’t get along with your own family, except for your mother ‒ her family has let her down in various ways and that you can understand.

“But to not get on with the Royal Family, to have a rift with them as well, that would be very difficult for people to understand.

“So it’s in the Sussexes interest if there is this intention that the rift with the royals is healed.”

Meghan has always been vocal in her opinions, memorably writing a letter to Procter & Gamble at the age of 11 to complain about a sexist advertisement.

As per Express, the clause was reinstated in the bill after public protest, and Republican senator Shelly Moore Capito claimed she had gotten a personal phone call from Meghan to support the measure.

Meghan’s actions, according to Mr. Fitzwilliams, are a sort of “lobbying” and an indication that the Duchess’ future may be in politics.

He said: “This was the proposed Parental and Sick leave legislation and she wrote an open letter and it was indeed a sign ‒ we’ve all thought this, or I think a lot of people thought this ‒ that her future might very well be political.

“She’s always been an activist in one sort or the other since the age of 11.

“She’s an articulate speaker in public.

“This is a form of lobbying.

“It’s something she couldn’t do as a senior member of the Royal Family but obviously writing to congress members, not as an elected official but as ‘an engaged citizen and a mum’.

“It’s an important issue, she has every right to do it.