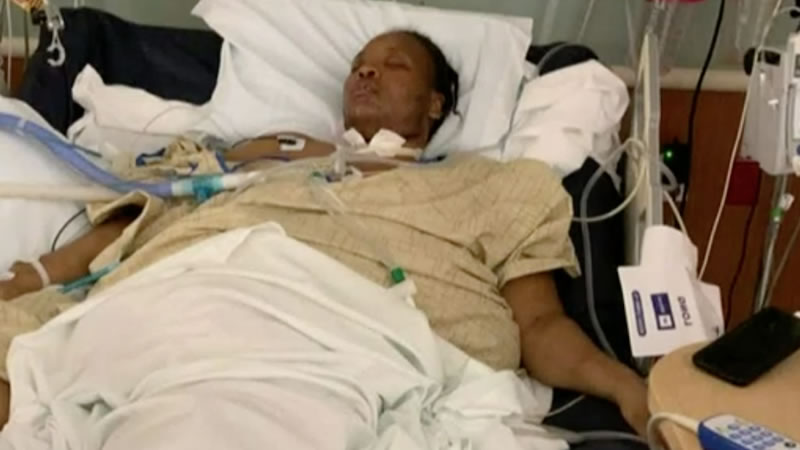 woman not get vaccinated image© chattanoogadailynews

Doctors advised the woman that she might not be able to speak normally for another 6 months. After contracting COVID-19, the 30-year-old mother claims she spent 5 months in the hospital fighting for her life. The young woman was intubated and put in a medically induced coma from January to March after catching the Coronavirus.

Doctors told her when she awoke that her battle was far from finished. The woman was still on a ventilator and therefore unable to speak due to her tracheostomy. She also had a feeding tube and came close to getting out many times, according to newsbreak.

Laquanachae Moore, a 30-year-old woman from Missouri, told KMOV that it could take up to six months for her to be able to talk normally again. Unfortunately, after contracting the Coronavirus in December 2021, the young woman spent 5 months in the hospital fighting for her life.

Moore reportedly said: “It got worse on January 10. I couldn’t breathe, barely. I couldn’t get up and walk anywhere, so I was really down. So, my sister took me to the emergency room. I remember getting admitted and going to the ICU. After that nothing.”

The 30-year-old mother was then intubated and placed in a medically induced coma from January through March, according to KOMU. Doctors told her when she awoke that her battle was far from finished. The woman was still on a ventilator and unable to speak due to her tracheostomy. Moore also revealed that she was on a feeding tube and had nearly died several times.

Fortunately, after more than 5 months in the hospital, Moore’s physicians informed her that she could return home to her family. “I was gonna get vaccinated,” the young mother told KY3, “but she caught Covid first.” The 30-year-old woman also claimed that she did not get vaccinated sooner since she spent the majority of time at home and was not concerned about a threat. She is still unsure how she came to be infected with the Coronavirus.

Moore reportedly told KMOV: “Get vaccinated if you can because there’s a lot of people in the hospital now who is not making it as I did, and it’s sad to hear.”

While the young mother waits for her voice to return, she will have to adjust to other challenges, such as having persistent asthma and having to be more cautious around other people. Moore claims that she is unable to be in large groups.

“If I do, I can get a respiratory infection. And, yeah, it might kill me that time. I might be right back in the hospital.” Moore reportedly told KOMU.