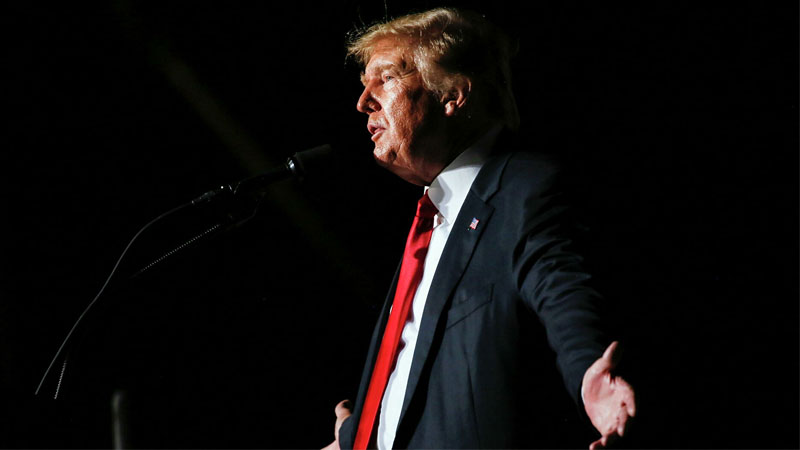 The Democratic House leadership is set to vote on Joe Biden’s $1.75 trillion Build Back Better agenda this week and pass it in the Senate after next Thursday through a parliamentary process known as reconciliation, which would not require any Republican votes.

In a statement shared by the former president via media and his Telegram channel, he expressed his rising contempt for McConnell, calling him a “Broken Old Crow” once again.

“Its actual cost is over $2 Trillion, but the bigger disaster is yet to come in the next, much larger version of the Green New Deal, which some people say will be $5 Trillion. This was all allowed by Mitch McConnell’s incompetence…,” Trump said, also claiming that “a couple of Republican Senators” may vote in favor of the larger $1.75 trillion social packages, also known as the Build Back Better Act.

More to that, Trump also blasted McConnell for agreeing to a two-month debt-limit extension in October, saying it “allowed the Democrats to get their act together” and pass the infrastructure bill, which Trump called “a disaster for America” and compared to the Green New Deal.

The Congressional Budget Office (CBO) has provided preliminary estimates on eight elements of the plan since last week. So far, the agency has determined that one of the eight provisions would increase the federal budget deficit by more than $150 billion if included in the final law.

According to a New York Times report this week, the White House is expecting the CBO to determine that the plan would not in fact pay for itself, and is asking lawmakers to “disregard” the entire assessment when it is revealed.

In light of this, Trump stated that if McConnell “wasn’t so stupid” and refused to agree to the extension, “he could have stopped it all.”

“This is the Broken Old Crow’s fault,” Trump stressed. “He could have won it all using the Debt Ceiling—they were ready to fold. Now the Democrats have a big victory and the wind at their back.”

According to the former president, using the debt ceiling in October would “hurt our Country far less than this horrible Bill.”

“Any Republican in the House or Senate who votes for this bill will never ever get a Trump Endorsement. Thank you, and good luck!” he concluded the message.

The full CBO estimates are reportedly anticipated to be released in their entirety by Friday, allowing for a Saturday vote on the bill.

Meanwhile, five House Democrats say they will not vote for the Biden bill until the Congressional Budget Office assesses the package’s exact costs and how it will be paid for, as well as the expected economic repercussions.