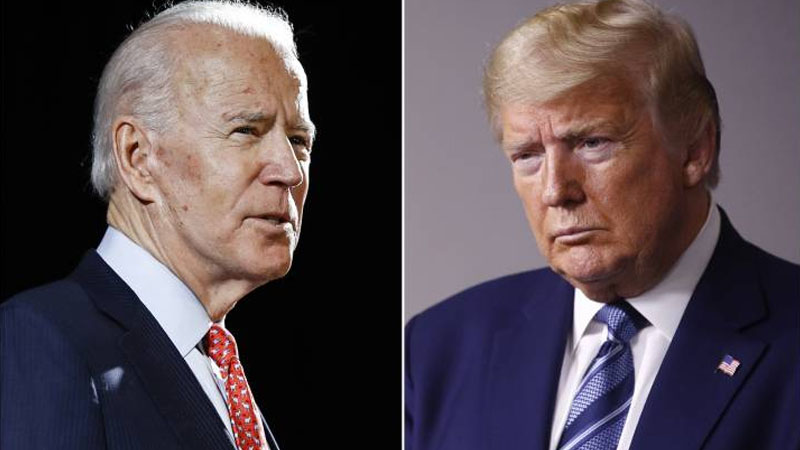 Former President Donald Trump might defeat Vice President Joe Biden in five crucial battleground states in the 2024 election, according to a recent poll.

Biden won all five states in the 2020 election, garnering him a total of 73 electoral votes and assisting him to achieve a convincing victory over Trump. As part of the “Make America Great Again” initiative, the former president has held four rallies in battleground states since then.

“Poll after poll clearly demonstrates that former President Donald Trump is still the 800-pound gorilla in the GOP and would be its 2024 nominee should he run,” Fabrizio told Politico.

“This new data clearly shows that today the voters in these five key states would be happy to return Trump to the White House and send Biden packing.”

The poll also asked 600 likely voters whether they think Biden and Trump are doing a good job as president. In Arizona, Trump led Biden by ten percentage points, nine points in Georgia, fourteen points in Michigan, eleven points in Pennsylvania, and thirteen points in Wisconsin.

The GOP survey comes as Trump appears to be preparing for a run in 2024, with his super PAC planning a fundraiser on Dec. 2. Top Republican donors from throughout the country are scheduled to attend the luncheon at his Mar-a-Lago resort in Florida.

Trump hinted at intentions to reveal his final decision to run after the 2022 midterm elections in a recent interview with Fox News, saying that his announcement will make a lot of people “very happy.”

While Trump has yet to make an official announcement, White House press secretary Jen Psaki on Monday confirmed that Biden intends to run for reelection in 2024.

Liz Cheney is ‘disgusted’ that the names of FBI agents involved in the Mar-a-Lago raid were released, and accuses Republicans of ‘dangerous hypocrisy’