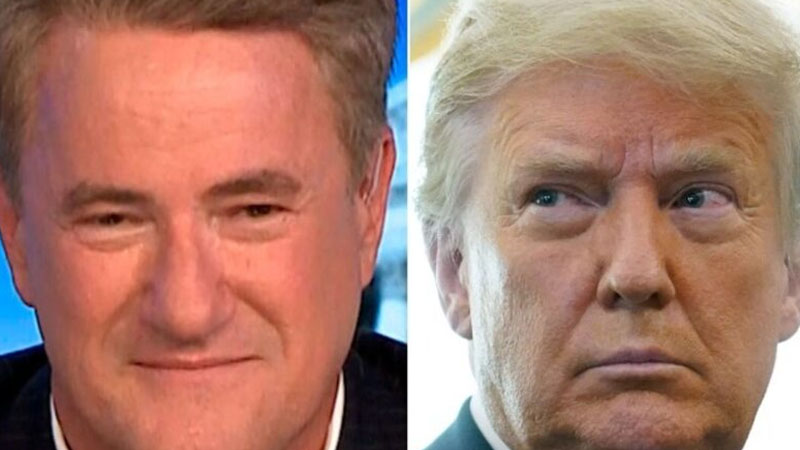 Joe Scarborough believes that Donald Trump’s de-platforming from social media is the best thing that ever happened to Republicans and the worst thing for Democrats.

Morning Joe’s keen political insight was on display Wednesday morning following Glenn Youngkin’s defeat of Terry McAullife in a run or Virginia governor, one of the first major races since the 2020 general election, and one from which the chattering class is trying to intuit national implications.

McAullife tried — and apparently failed — to paint Youngkin as a Trump disciple, a strategy that proved less effective than Youngkin keeping the 45th president at bay while focusing on education issues, or what Scarborough derided as “wokism” in an earlier segment in the show.

Way to Early anchor Jonathan Lemire got the ball rolling when he revealed that a Republican strategist told him last night that the best thing that can happen to any Republican running in an election, and “certainly in a swing district, is to have Donald Trump off Twitter.

He doesn’t dominate the conversation like he used to. If you can keep him off stage, even a little, that can be a playbook for 2022 and beyond.”

“You talk about the law of unintended consequences coming through,” Scarborough followed. “I talked to Republicans over the past couple of days. They were like, thank God Trump is off of Twitter. Democrats saying, wish Trump was on Twitter.” Trump was banned from Twitter days after the January 6th attack on the Capitol by his supporters.

He concluded that McAullife’s effort to paint Youngkin as Trump was also a huge fail, as he was just a “dude in a vest.”

Professor Fights for the ‘Freedom of Fats Our bodies’