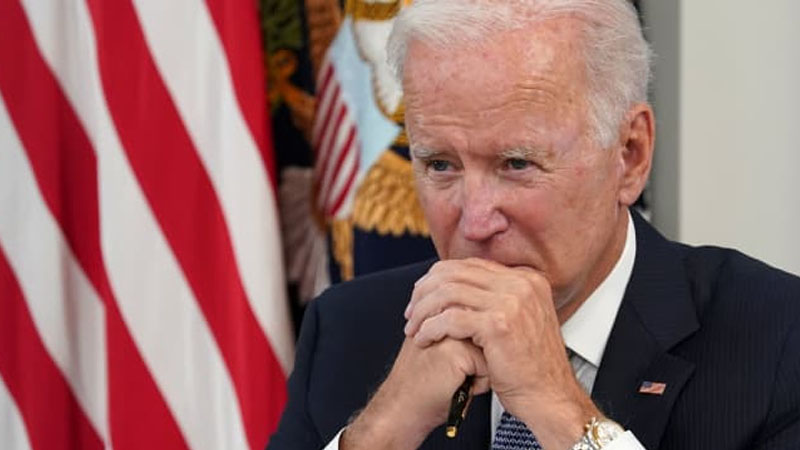 ‘Americans, on average, have more in their pockets today…’ President Joe Biden attempted to soften the shock of the Department of Labor‘s dismal November Jobs Report, asserting in prepared remarks that “America is back to work, and our jobs recovery is going very strong.”

“Americans, on average, have more in their pockets today . . . than they did last year,” Biden said, “after accounting for inflation.”

It took some time for the administration to find and put on their rose-colored spectacles. Jen Psaki, the White House press secretary, was given the opportunity to comment on the claim during an appearance on MSNBC’s Morning Joe, but she rejected it.

“I know this sounds a little archaic, but I can’t comment on them until 9:30,” Psaki stammered to the nervous laughter of her interlocutors.

Jen Psaki says she “can’t comment” on the horrible November jobs report “until 9:30 am.”

“Stocks on Wall Street slid on Friday” as a result of the report, according to Coral Murphy Marcos at The New York Times.

“The muddled jobs report comes as uncertainty over the Omicron variant looms over financial markets,” Marcos continued, “raising concerns about the fate of the economy as new restrictions are put in place.”

At CNBC Jeff Cox reported that “nonfarm payrolls increased by just 210,000 for the month,” far short of “Wall Street expectations of 573,000.”

According to Cox, “leisure and hospitality . . . saw a gain of just 23,000 after being a leading job creator for much of the recovery [and] remains about 1.3 million below its February 2020 level, with an unemployment rate stuck at 7.5%.”

CHECK OUT: Donald Trump Hijacked A Wedding And Dropped An F-Bomb About Mark Milley

The Dog of a Pregnant Woman Wouldn’t Stop Barking At Her Belly, So She Realized What It Was Trying To Tell Her