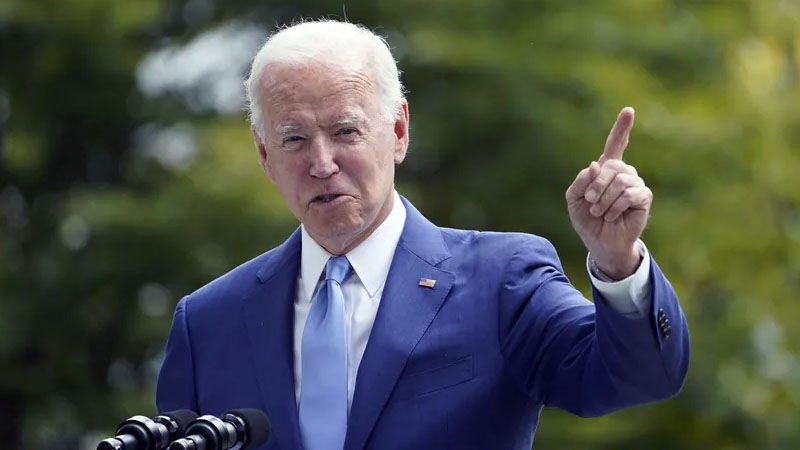 Jen Psaki, the White House press secretary, refused to say whether President Joe Biden would apologize for labeling Kyle Rittenhouse a white supremacist? instead, opting for a broader condemnation of hatred?

Psaki danced around the issue of whether the president would apologize for allegedly defaming the 18-year-old in a campaign video released last year, temporarily turning the conversation to ex-President Donald Trump, but finally signaled that no apology would be forthcoming.

“Well let’s be clear what we’re talking about here: This is about a campaign video released last year that used President Trump’s own words during a debate as he refused to condemn white supremacists and militia groups,” Psaki said, going on to denounce Trump for allegedly encouraging “militia groups” during his term in office.

Psaki eventually returned to Rittenhouse, simply stating that Biden had “spoke to” the teen’s acquittal on murder charges brought after he shot two people dead and injured another during rioting in Kenosha, Wisconsin last year.

“[Biden] has obviously condemned the hatred and division and violence we’ve seen around the country by groups like the Proud Boys, and groups that [Rittenhouse] has posed in photos with,” she continued.

Rittenhouse told Fox’s Tucker Carlson in his first interview since his trial ended earlier this week that Biden defamed his character with the campaign video and that the then-presidential candidate should have researched the facts of the case before chiming in with harsh comments.

As per Milwaukeesun, prosecutors in Rittenhouse’s case claimed he went to the protest in Kenosha to “provoke” violence, but his defense claimed he discharged his AR-15 to protect himself, pointing out that he was fleeing attackers at the time.

After several days of deliberation and worries of civil turmoil, if Rittenhouse was acquitted, jurors found Rittenhouse was not guilty of all charges submitted, prompting a series of protests across the United States.

This Single mother left her five children aged 2-9 years home alone overnight to meet her partner, they all died in a house fire while she was out, charged