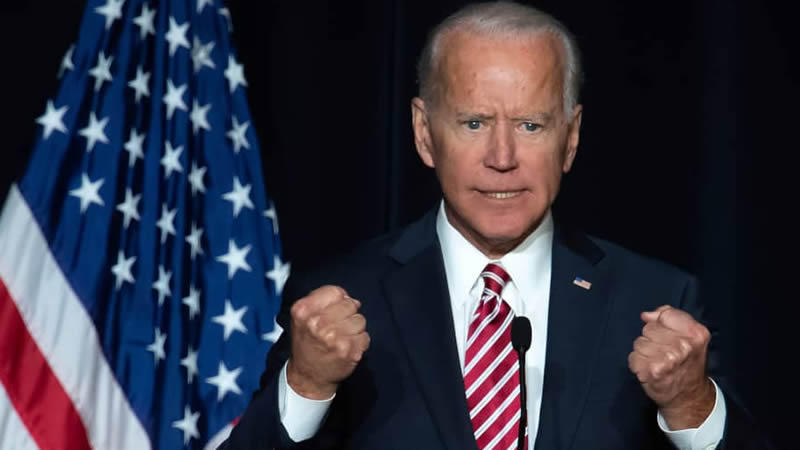 US Capitol Attack: Vice President Kamala Harris will also speak at the event. Following her address, there will be a prayer vigil.

President Joe Biden will observe the anniversary of Donald Trump supporters storming Congress on January 6 with a plea to prevent the United States from becoming a society where political violence is the “norm.”

The president will speak from Statuary Hall in the Capitol, where a Trump mob attempted to disrupt certification of Biden’s 2020 election victory a year ago. He will warn of a gloomy future unless Americans defend democratic elections.

“Are we going to be a nation that accepts political violence as a norm?” Biden will ask, according to excerpts given to reporters.

“Are we going to be a nation where we allow partisan election officials to overturn the legally expressed will of the people?” the veteran Democrat will continue.

“We cannot allow ourselves to be that kind of nation,” he will say, urging Americans to “recognize the truth” and not live “in the shadow of lies.”

Biden will call out Trump’s “lies” in pushing the conspiracy theory that he was the true winner of the election, according to White House Press Secretary Jen Psaki, and will recall his “horror” at the events of that “dark day.”
The event, which will also feature Vice President Kamala Harris, will begin at 9:00 a.m. (1400 GMT) and will be followed by a prayer vigil in the afternoon.

Many senior Republicans will not even show up a year later due to the depths of conflict.

Senator Mitch McConnell, the party’s senior lawmaker, is leading a delegation to the funeral of a senator who died recently 600 miles (965 kilometers) away in Atlanta, Georgia.

After initially planning to use an anniversary press conference in Florida to try to steal the show, Trump issued a statement characterizing the events as Democrats “congregating… to fan the flames of a divide that THEY created.”

Biden to hit at Trump

Biden, 79, was elected with the promise of restoring decency and tranquility to Washington. However, this has had no effect, and on Thursday, he will launch his own onslaught.

Until now, Biden has generally chosen to ignore Trump, despite the Republican’s unparalleled campaign to smear the 2020 election and falsely declare victory.

Apparently, it is no longer the case.

“I would expect President Biden to lay out the significance of what happened at the Capitol and the singular responsibility President Trump has for the chaos and carnage,” Psaki said.

“He will forcibly push back on the lies spread by the former president in an attempt to mislead the American people and his own supporters.”

Asked if Biden would use Trump’s name, Psaki said: “I think people will know whom he’s referring to.”

Thomas Manger, the Capitol police commander, said on Wednesday that his officers will never be caught off guard again, as they were last year.

However, the political risk may be even greater than previously.

Former Democratic President Jimmy Carter wrote in The New York Times on Wednesday that the United States “teeters on the brink of a widening abyss.”

“Without immediate action, we are at genuine risk of civil conflict and losing our precious democracy. Americans must set aside differences and work together before it is too late,” Carter wrote.

Senate Majority Leader Chuck Schumer, a Democrat, has also called for a thorough examination of the country’s current state.

“Without addressing the root causes of the violence on January 6, the insurrection will not be an aberration — it could well become the norm,” he warned.

Attorney General Merrick Garland announced on Wednesday that 725 people have been detained and prosecuted in connection with the incident.

As per reports, in response to complaints that the Justice Department has been moving too slowly in investigating allegations of a larger scheme to sway the election, Garland stated that investigators are going up the ladder.

The department is “committed to holding all January 6th perpetrators, at any level, accountable under the law — whether they were present that day or were otherwise criminally responsible.”