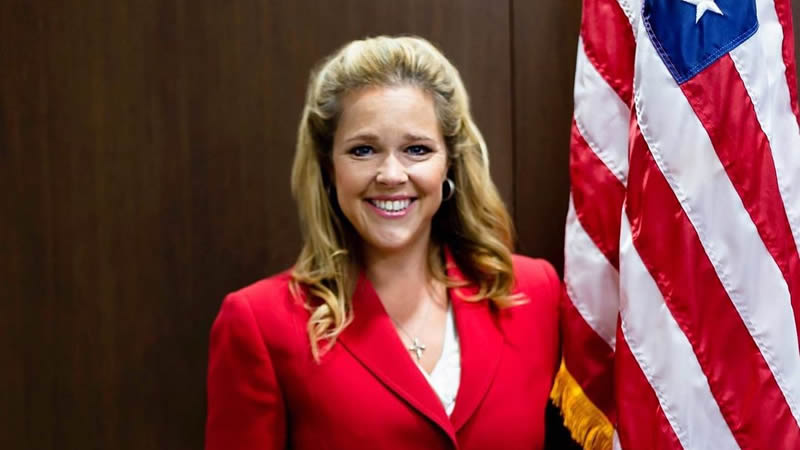 Kelly Ernby was largely expected to seek re-election to the state legislature in 2022. She was 46 years old.
ORANGE COUNTY, Calif. — Kelly Ernby, an Orange County Deputy District Attorney who campaigned for state Assembly as a Republican and had lately spoken out against California’s vaccine regulations, died a week after informing acquaintances that she was sick with COVID-19.

The Orange County Register reported Ernby’s death on Monday but did not specify when she died. She was 46 years old.

“I lost a dear friend to Covid complications,” Ben Chapman, chair of the Greater Costa Mesa Republicans, said on Twitter. “You’ve been nothing but an inspiration to many of us here in Orange County.”

As per 10tv, Ernby, a Huntington Beach resident, had worked as a deputy district attorney for more than a decade, focusing on environmental law and consumer protection issues, according to the Register.

In 2020, Ernby ran for the Assembly as a “pro-business, pro-taxpayer, political outsider” who sought to “bring back conservative values in California.” She became active in local GOP politics after losing her primary, taking on leadership roles in the party’s Precinct Operations and Voter Registration committees.

According to the Register, Ernby frequently commented her opposition to COVID-19 vaccine mandates on Twitter. According to the Daily Titan newspaper of Cal State Fullerton, during a rally against vaccine mandates in Irvine on Dec. 4, Ernby drew parallels between the 1960s and now, arguing that people in both eras faced losing their freedoms to what she called socialist ideas.

Axel Mattias Ernby, Ernby’s husband, revealed on Facebook that his wife had not been vaccinated.
In 2022, Ernby was generally expected to run for state office again.