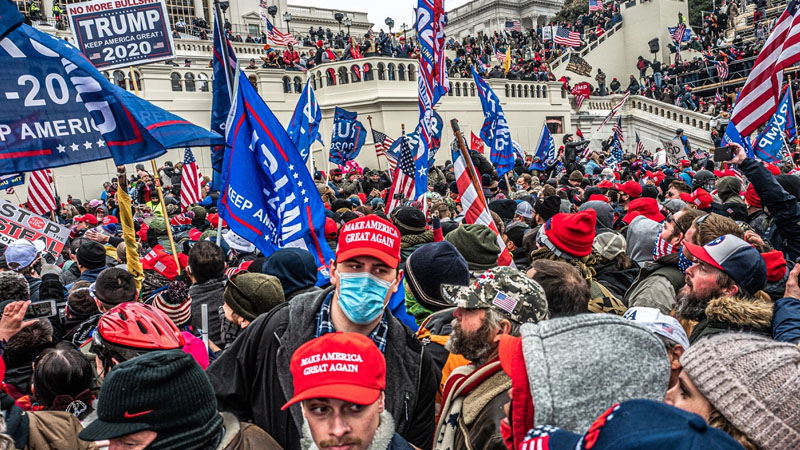 Two pro-Trump rally organizers who planned election protests across the US, including one in Washington DC on January 6, said they spoke with GOP representatives or their top staff regularly in the weeks preceding the Capitol attack.

The organizers allegedly spoke to “a dozen” representatives or their teams, according to an exclusive interview published by Rolling Stone on Sunday, naming Rep. Paul Gosar and Rep. Andy Biggs of Arizona, Rep. Marjorie Taylor Greene of Georgia, Rep. Lauren Boebert of Colorado, Rep. Madison Cawthorn of North Carolina, Rep. Louie Gohmert of Texas, and Rep. Mo Brooks of Alabama.

“I remember Marjorie Taylor Greene specifically,” the same organizer also said. According to Rolling Stone, the names of both sources have been hidden because they are working with the House Select Committee’s investigation into the Capitol insurgency.

They stated that they were ready to provide information about the protests because they were outraged that their protests had turned into a siege on the US Capitol.

It’s unclear what was discussed with each delegate, but organizers told Rolling Stone that Gosar offered them the chance of a “blanket pardon” to urge them to organize the rallies.

Biggs, Brooks, and Gosar were previously credited by “Stop the Steal” campaign organizer Ali Alexander with assisting in the planning of a rally on that day, which Brooks and Biggs denied.

In response to the claims of the anonymous organizers, a representative for Greene told Rolling Stone that the representative “had nothing to do with the organization of any protest.” Instead, Greene was ready to challenge current President Joe Biden’s election victory on the House floor, according to an email from the spokesperson.

“She objected just like Democrats who have objected to Republican presidential victories over the years,” he wrote, per Rolling Stone.