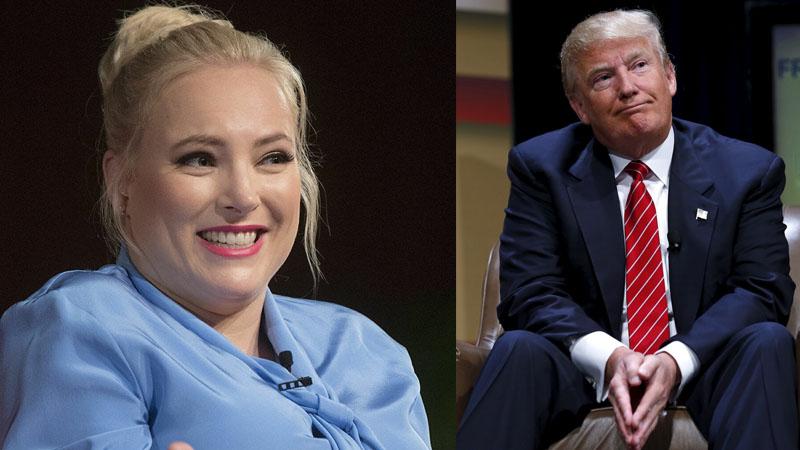 Former US President Donald Trump made a lengthy statement against McCain and her family, suggesting that the former co-host of ‘The View’ is a “bully” and a “lowlife.” McCain previously described Ivanka Trump and Jared Kushner as “funeral crashers” that were unwelcome at the 2018 memorial service for her father.

McCain, who turned 37 on Saturday, laughed off Trump’s scathing remarks during a recent appearance on Fox News‘ Media Buzz.

“My first reaction was, ‘Thanks for the publicity,'” the 37-year-old said during the Sunday broadcast, plugging her Audible original “Bad Republican.” “He really has a way of helping people get publicity for their books,”

McCain added that the response from Trump backs the title of her new memoir – exclusively available in the audio-only format.

She argued that she – like other conservative values-driven Republicans – is being shunned by many in the GOP for opposing Trump.

“I’m not a Trump supporter. My family and he have a blood feud at this point,” McCain said, referring to the contentious relationship between her late father and the former president. “It’s about what conservatism looks like, post-Trump, which I think is something Republicans are going to have to take a hard look at, one way or another – even if he ends up running in 2024.

“McCain also noted that she disliked Trump’s comments about former Secretary of State Colin Powell, who notably pulled back from the Republican Party after the deadly January 6 riot at the US Capitol building.

“Wonderful to see Colin Powell, who made big mistakes on Iraq and famously, so-called weapons of mass destruction, be treated in death so beautifully by the Fake News Media,” Trump remarked of the decorated military leader and first black US Secretary of State, who served in that capacity from 2001 to 2005.

Both Powell and Sen. McCain were characterized by Trump as ‘Republican in Name Only. When it came to Trump’s comments about her, Meghan McCain noted that she, with her husband Ben Domenech, co-founder of The Federalist, an online conservative media outlet, laughed them off.

“I’m used to it,” she said of Trump’s commentary toward her family. During a recent appearance on Bravo’s “Watch What Happens Live,” McCain revealed to host Andy Cohen that she spoke with Trump while her father was alive, and 45 attempted to dismiss reports that he was poking fun at the lawmaker’s physical appearance and movements.

McCain emphasized that she initially did not want to take the call from the Trump White House, and only agreed because her father had urged her to respect the office of the US president, regardless of its current occupant.