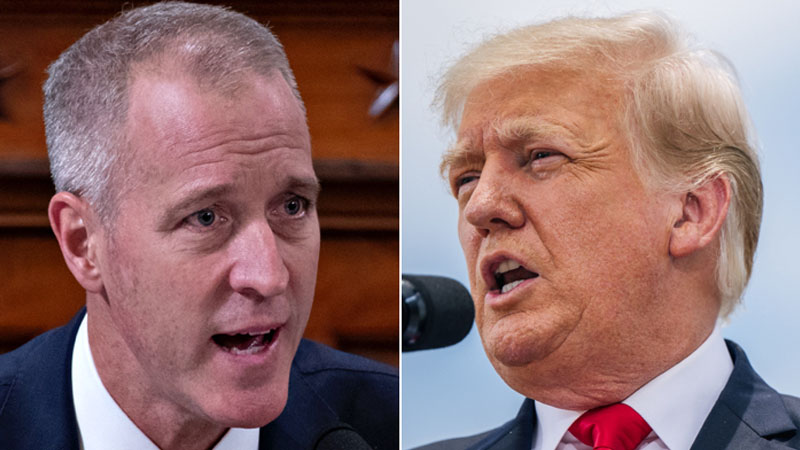 The head of the Democrats’ House campaign arm is doubling down on the party’s strategy to focus on former President Donald Trump — even though the tactic bombed in the Virginia gubernatorial election race.

In an interview with The New York Times, Rep. Sean Patrick Maloney, D-N.Y., chair of the Democratic Congressional Campaign Committee, dismissed the idea the party needed to readjust its focus on Trump for 2022 midterm elections.

“The results in Virginia and elsewhere ought to be a wake-up call that we’re not getting the job done on messaging. It starts with the president,” Maloney said. “The No. 1 thing is to grow the economy and end the pandemic. But close behind that is telling people what you’ve done.

“I think it’s a fair criticism to say we haven’t done enough of that, and I think the White House needs to do more. I don’t think the president has been served well in this regard. It needs to happen right away.”

“My message is ‘free Joe Biden,'” Maloney added. “That campaign needs to start now before the next crisis takes over the news cycle.”

How much Trump should factor into Democrats’ campaign message heading into the 2022 midterm elections has become a topic of debate among party leaders and operatives since Democrat Terry McAuliffe’s loss to Youngkin — whom McAuliffe tried to tie to Trump, a strategy that has helped Democrats with suburban voters.

For some Democrats, Youngkin’s victory underscored the limits of their Trump-centric strategy, prompting them to urge the party to focus more on policy issues and legislative accomplishments in 2022, when their razor-thin House and Senate majorities will be on the line.

“The competitive congressional districts are in largely suburban swing areas, and in those areas, Glenn Youngkin underperformed Mitt Romney,” Maloney said. “I think it’s more complicated than people are saying. Trump’s toxicity continues to be a tremendous liability with suburban swing voters.”

“I think what you’re seeing is that there’s real damage to the Republican brand in suburban areas and even Glenn Youngkin couldn’t overcome it,” Maloney added. “When he was able to add to his totals a strong turnout among the Trump base in rural counties, he was able to beat McAuliffe, but only by 2 percentage points.”

“In a competitive congressional district, I think it’s still very true that the violent attack on the Capitol, spreading conspiracy theories about the pandemic, and denying the results of the election are lousy politics,” he said.