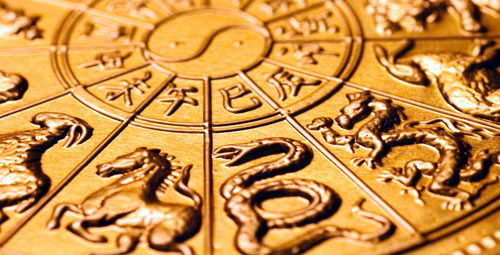 While the Moon visits your work sector once a month, with no planetary activity it has been nothing more than a chance to get your bearings, gaining an intuitive edge for a few days and then letting things run their course. Yet from the moment the Moon returns to your work sector on Friday there is likely to be a sense that something has shifted, for this is the Moon’s last visit before Venus returns. By the time the Moon leaves your work sector on Sunday Venus will only be 6 days away and already on your radar your emotional and intuitive responses will have no trouble picking up on what lies ahead. This will make it even more important to hold onto the valuable clues, hunches and insights the Moon leaves you with, with a chance to start lining up at the right doors before they open.

You can afford to let things slide this week, in terms of not pushing things or jumping the gun, focused more on working smarter. While the Moon will return to your work sector this week it won’t be until the very end of the week and will have its biggest impact in the early days of next week. With no planetary activity in either of your professional houses but the first in a pair of Full Moons in your business sector falling in just a few weeks time, there are some developments ahead. With Venus returning to your work sector next month, to open the door to the busiest months of the year, months that won’t run their course until well into 2014, as well as needing to keep your mind and your options open, there’s a need to enjoy the calm before the storm.

A combination of Saturn’s direct turn in your work sector on Monday and a New Moon in your income sector on the same day, creates a major turning point in the very early hours of the week. While nothing could slow down the juggernaut now underway on the income front, which is destined to gather even more steam when Mars returns over the weekend, with Saturn in retrograde motion in your work sector and Neptune in retrograde motion in your business sector, there has been little or no forward professional momentum. That all changes on Monday and while it will take a while for Saturn and work matters to build up any kind of speed, this is the point when the turnaround begins, with support from income forces providing the motivation and support to speed things up.

While Uranus, the only planet active in either of your professional houses won’t turn retrograde in your business sector until next week, already he’s slowing down, asking that you take a more slow and measured approach. Yet where in the past this may have created fears that things were becoming stalled and stuck, support from Venus in your income sector reveals that this is more a chance to narrow down your targets. Uranus doesn’t actively work to bring things home, he’s a planet that can create those unexpected breaks or the Eureka moments that can literally see things change on a dime. This is essential in gaining your professional edge, which in turn makes slowing down and keeping pace with Uranus a priority. In the meantime, it’s become more about the money.

Thanks to the Moon’s visit to your business sector last week you’re moving into the new week with your professional instincts sharp and still processing any clues, hunches and insights the Moon left you with. It’s important to hold onto this for it’s giving you some overall perspective, which will make it easier to avoid sweating the small stuff or reading more into any work tension than is actually there, creating challenges where there are none. For work tension is now more or less a fact of life, especially if you stray too close to the boundary lines between pushing yourself far enough to retain your edge and getting things done, but not so far that you fail to pace yourself. Work tension will ease the more you’re able to find a level that works for you.

When Mars, warrior planet of the cosmos leaves your business sector over the weekend there’ll be no more planetary activity either here or in either of your professional houses for the rest of the year. Mars has a lot riding on his shoulders, knowing that the professional passions and fighting spirit he’s pumping into your system now not only have to bring 15 months of planetary activity home, but set things on a course that is easy to maintain. For while you’ll have no more planetary activity here once Mars leaves, with the Moon visiting once a month and a pair of Full Moons in your work sector over the next 6 weeks, staying on track won’t be a problem. However, until Mars leaves it’s about doing whatever it takes, putting everything you have into everything you do.

This is not only a big professional year, but you’re only just moving into a pivotal point in that journey, that events that in any other year would be the event of the year, are instead just one of several turning points. However, a New Moon in your business sector on Monday, the same day that Saturn turns direct in your income sector, is still a major turnaround, it’s just that it’s not the only one. While this is a chance to commit to the journey ahead and to use the tailwind this creates to gain some mileage, with Mercury still in retrograde motion and Mars not due to return to your business sector until the weekend, there is likely to be something holding you back. Once you catch the right wind you’ll be unstoppable, with a need to keep something in reserve until then.

Your week begins on a very auspicious note, for not only does Saturn turn direct in your sign on Monday, the same day that a New Moon creates a real tailwind and a surge in confidence and excitement, but an alliance between work and business forces locks into place. This is the point where Venus’ mission to open new doors on the business front crosses paths with Uranus’ mission to cement your position on the work front. This is the point where, after coming together, the difference becomes starker and the contrast between work and business forces starts to reveal itself. There is now a pulling back on the work front, wanting to use your time and energy more sparingly, while at the same time the prospect of new professional objectives has you excited about fresh challenges.

With no planetary activity in either of your professional houses, the Moon’s monthly visit to your business sector is a crucial part of staying on track, with his return on Friday sharpening your professional instincts and providing some valuable clues and hunches. Yet with no planetary activity in your business sector since last year, as the Moon returns for what should be nothing but a monthly update, after months of accessing your professional radar only to find nothing coming into view, this time around there is something showing up. For with Venus just 9 days away from your business sector by the time the Moon leaves on Sunday, this will be your first real sense of the new opportunities forming just over the horizon, with time to process the clues, hunches and insights this leaves you with.

Just before leaving your work sector on Sunday the Moon aligned with Mars, just as the warrior planet of the cosmos was moving into his final week. This allows you to move into the new week with not only your instincts sharp, your finger on the pulse and your ear to the ground, but a much clearer sense of how to play these final days. When Mars leaves your work sector over the weekend he’ll not only wrap up his own 6 week visit, but a 15 month period of continuous planetary activity, including lucky Jupiter’s 12 month visit. Mars is the closer, the planet sent in to ensure no stone has been left unturned, that your drives, passions and competitive spirit are engaged and nothing is left to change. Find a balance between achieving Herculean feats without burning out in the process.

If how a week begins is any indication of what to expect then this is a phenomenal professional week, but also one that is going to end even better than how it begins. Any week that begins with either a New Moon in your work sector or Saturn turning direct in your business sector on Monday would be a game changing week, yet you have both, creating a massive professional turnaround in the early hours of the week. Yet as the week progresses support between income, work and business forces will strengthen as it starts to solidify, but the real game changer is Mars’ return to your work sector over the weekend. This is when your drives, passions, fighting spirit and competitive spirit kicks in, ahead of yet another game changing week next week, with your professional star on the rise.

Venus has taken a clear lead in your work sector and it’s a lead she’ll retain until she leaves on the 23rd July, just hours before the Sun returns on the same day. This is the point where things will become more objective and with some increasingly busy weeks and months coming up on the work front, the point where the real action begins. Until then Venus is focused more on establishing what you do and don’t want on the work front, so that when things do start to move you’re not only at the steering wheel, but will know exactly what you’re aiming for. So when it comes to work matters it’s less about the ‘where, when and how’ and more about the ‘what’. Venus will form an auspicious alliance with Uranus on Monday, giving you a chance to put your income and work objectives on the same page. – Astrolis