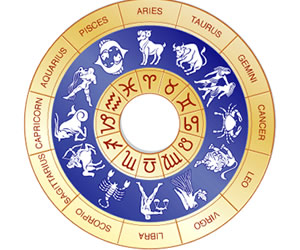 Taking your professional hat off over the holiday period will never be an option for you, with the Sun always returning to your career sector just before Christmas and spending the first 3 weeks of January here. However, this week you’re likely to find that there has been a drop off in urgency, with Mars’ departure on Boxing Day taking away the frenetic pace of things. This gives you a chance to hear yourself think and on New Year’s Eve you’re likely to be looking at what changes you can make in the New Year. Entertain even the most radical of ideas, knowing that with Mercury returning to your career sector in time to see you into the New Year that you’ll soon have the intellectual savvy to make both smart and bold choices. What is missing this week is any urgency.

As you move into 2013, destined to be one of your most powerful professional years on record a one size fits all or a blanket approach won’t work, with forces on the work and career fronts complimenting each other but fundamentally poles apart. For the first time in 28 years you’ll move into the New Year with Saturn in your work sector, asking for a whole new level of commitment, determination and resolve, calling on you to make the kind of resolutions that will keep you focused and disciplined throughout the coming year, in a practical and pragmatic way. At the other extreme, for the first time in your lifetime you’ll move into the New Year with Neptune in your career sector, asking you to move forward with a professional dream and little thought of how you’re going to pull it off.

Chances are you’ve had little chance to take your professional hat off over the holiday period and even if you’re on holiday chances are your mind and heart have still been ticking away. While it’s not unusual to still have Mercury or Venus in your work sector this late in the year, it’s been 8 years since you’ve reached the end of the year with both still here. While Mercury will leave on New Year’s Eve, taking you to the door of 2013 but not following you through, this will leave you with the intellectual savvy that will have a big influence on the early days of your new working year. With Venus not leaving your work sector until next week deciding what you do and don’t want on the work front will remain a work in progress. On the career front the laws of synchronicity are in control.

Having your work hat on over the New Year and holiday period is beyond even the norm and is your reality, with the Sun always spending the holiday period and the first 3 weeks of each year in your work sector. However, after Mars’ departure on Boxing Day you’ll probably find it a lot easier to pace yourself this week, with a lot of the urgency and the frenetic pace of recent weeks finally gone. It’s Mercury’s return to your work sector on New Year’s Eve that allows you to move into the New Year with your thinking cap on, able to work smarter and in a more intellectually savvy way. However it’s not until Venus returns to your work sector and a New Moon next week that your new working year will officially begin, with a chance this week to spend some time at the drawing board.

Even with Jupiter in your career sector, in the lead up to Christmas, it was looking like you would have a chance to take your professional hat off over Christmas, for not turning direct until later in January Jupiter was slowing down. However, that all changed with Mars’ return to your work sector on Boxing Day, with his passions and fighting spirit already pumped up and primed to take you into the New Year with a new sense of determination. It’s been 13 years since you’ve moved into the New Year with Mars in your work sector and 30 years since he’s been on his own with nothing to rein his wild passions in. This is going to bring a frenetic start to your new working year and whether back at work this week or on holiday you’ll be ready to get back in the game, on your terms.

Hold onto the professional instincts, clues and hunches developed over the weekend, for while it was last Friday that a Full Moon in your career sector brought things to a head the Moon only left on Sunday. As this was the last Full Moon of 2012 and before Jupiter kicks off one of your luckiest career years in over a decade in June, this leaves you with clues and the insight on both where you’ve been and where you’re going. This is more a case of ‘for your information’, for there is little, if any urgency on the career or work fronts this week, giving you a chance to focus more on your dreams and aspirations for the coming year. Any focus on work this week needs to be more about letting your imagination run wild, having a picture of your dream job in mind as you move into 2013.

Despite the professionally motivated and focused start the New Year is destined to get off to, it’s a false representation of things and is more a case of a chance to get a very quick and fast assessment of things and a chance to pull back and process what you’ve learned. While you have Uranus in your work sector as you move into the New Year, still in his early weeks in direct motion and things not really falling into place on the work front until March, you have a chance to pace yourself, with the focus more on your income situation and options. It’s the Moon’s position in your career sector as you move into the New Year, for the first time since 1994 that allows you to move into the New Year with your professional instincts, your finger on the pulse and your ear to the ground.

Compared to where things stood at this time last year there is a dramatic reduction in professional focus, allowing you to pull back and even take time out, in a way that wasn’t possible last year. You moved into 2012 with Jupiter halfway through a 12 month visit to your work sector and Mars still in the early weeks of his 8 month visit to your career sector, yet with both gone and the momentum banked you’re able to ease your way into your new professional year on your own terms and in your own way. It’s between Wednesday and Friday that the Moon will make his first visit to your career sector in 2013, sharpening your professional instincts and providing some clues and hunches that in the early days of the year can provide some valuable information and insight.

Moving into the New Year with Jupiter in your work sector is a turnaround from the last 3 years, where you moved into the New Year with Saturn in your career sector. Then you have Saturn holding you to a higher standard, the pressure to prove yourself and some tough demands. Yet it’s because of what has been invested that so many doors are now open to you. With Jupiter in retrograde motion until late January there isn’t even any urgency, other than what is being driven by new passions and a fighting spirit that is emerging on the income front. The Moon will make his first visit to your career sector for the year over the weekend, giving you a chance to sharpen your professional instincts, pick up on some valuable clues, hunches and insights and get your bearings.

Despite the fact that you’re moving into one of your most powerful professional years on record, especially as income, work and career forces will all come together to create something bigger than the sum of each individual part, there is little, if any urgency as you move the New Year. In fact, with the Moon having only left your work sector on Sunday, after a Full Moon late last week, you have a chance to let things settle and process the information already on the table. With the main thrust to get your professional game up to speed and on the right track already behind you and the forces that will shape this year in play the whole year, there is nothing to be gained by jumping the gun. Instead give yourself time to recharge your batteries and test the waters.

You are experiencing a surge in professional focus this week, just in time to take you into the New Year with your heart and mind professionally engaged, your finger on the pulse and your ear to the ground. You will move into the new week and into New Year’s Eve with Venus and Mercury in your career sector and the Moon in your work sector, putting Mercury’s intellectual savvy, Venus’ professional desires and expectations and the Moon’s intuition and instincts on the same page. This will be the first time since 1994 that you’ll move into the New Year with the Moon in your work sector, giving you an intuitive edge from the get go. While Mercury will leave your career sector on New Year’s Eve Venus will stay on until next week, giving you time to finalise your professional expectations. – Freepsychicnetwork