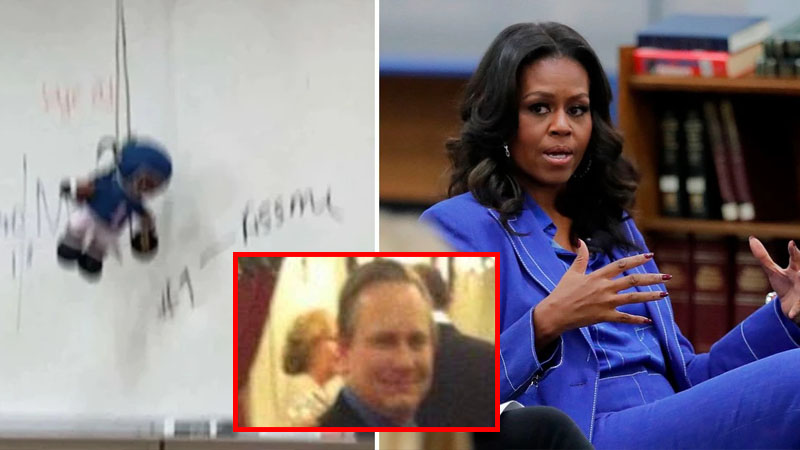 We reported two weeks ago about an incident that occurred during classes in mid-March when a professor was caught on camera saying the N-word at least twice and calling his students morons. The professor was aware that some of his students were recording him, but he didn’t seem to mind, saying, “If you’re recording me, I don’t care because I’m tired of it.” This incident sparked heated debate both online and in the local community.

Scarily, hate crime incidents in schools have increased since students returned to in-person teaching after a several-month period when students had to follow the educational process from their homes due to the pandemic. Despite all efforts, both students and teachers are nearly equally involved in such incidents, and the situation is gradually but steadily spiraling out of control.

Another hate crime occurred in a school in late March, and the story was brought to light by CST. According to the outlet, a longtime public school history professor was accused of hanging a black doll from the cord of a pull-down projector screen at the front of the classroom in Whitney Young Magnet High School, the same Illinois high school that was once attended by Michelle Obama.

C. Pasowicz, the professor involved in the incident, was identified, and it was confirmed that he has been teaching at the same school for years. The incident sparked heated debate and outrage among Pasowicz’s colleagues at the school and in the surrounding community, prompting the school principal to send an email to students explaining the professor said ‘he found the doll in his room unattended and wanted the students to see if someone would claim it.’

When a Black teacher saw the black hanging doll dressed in a blue football uniform, he reportedly got into a heated argument with Pasowicz because he recognized it as a reference to a lynching. Pasowicz’s altercation with the Black teacher, whose identity was not revealed, was captured on camera and viewed by the outlet.

‘Stupid,’ said one teacher. ‘You’re f—— stupid’ the other teacher replied. ‘You’re even more stupid.’ ‘Shut up, shut up!’ the first teacher shot back and says to the students, ‘He’s wrong.’ To which the other teacher says ‘You’re wrong. I’m not going to stand up here with you…making me feel uncomfortable,’ Daily Mail reported.

The Black teacher was missing from some of his classes the day after the incident. Students took to social media to ‘free’ the teacher and ‘start a riot,’ shortly after some of them met with school administrators and staff to discuss the incident. Pasowicz was suspended two days later, according to the school district.

Change.org petition, set by the students after the incident that gained nearly 1,300 as of the writing of this article, called for Pasowicz to be removed because he had for years spread bigotry and misinformation throughout the school as a world history teacher. He has been a perpetrator of hate crimes and microaggressions against students and teachers alike.’ In addition, the petition claims Pasowicz had used slurs against trans people, asking an Asian person to translate a video of a baby speaking Chinese and ‘making a mockery of the Black Lives Matter Movement.’

According to the teacher’s union that represents both Pasowicz and the Black unidentified teacher, Black and Brown children make up 90 percent of the student population at that school.

COVID-19 infections in the U.S are increasing, but hospitalizations remain low: WATCH