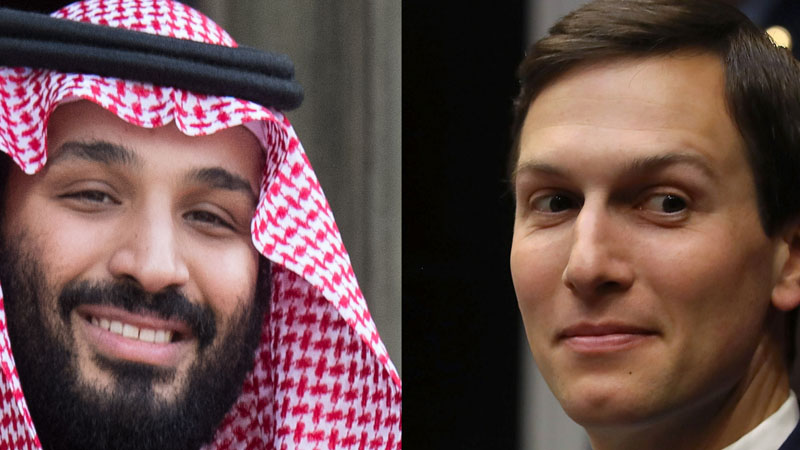 Six months after his father-in-law, Donald Trump, left the White House, Jared Kushner received $2 billion from Saudi Arabia. According to The New York Times, the money was sent to Kushner’s private equity firm after Saudi Crown Prince Mohammed bin Salman overruled advisers for his country’s sovereign wealth fund, who thought Kushner and his firm were too shady to warrant such a large investment.

The $620 billion fund’s advisory panel was reportedly concerned that Kushner’s newly formed firm, Affinity Partners, lacked experience, that its operations were “unsatisfactory in all aspects,” and that Kushner posed a “public relations risk” due to his work in the Trump administration. During a meeting, last June 30, the fund’s advisers discussed these issues after which bin Salman overruled them and green-lit the payment, according to Rolling Stone.

The panel may have considered Kushner’s ties to Trump to be a source of concern, but bin Salman clearly sees it as an advantage, especially given that Kushner could be back in the White House if Trump runs and wins in 2024. The two political heirs have become friends, with bin Salman unphased by the Trump family’s financial volatility — and potential criminality — and Kushner unphased by the Saudi government’s gruesome murder of Washington Post columnist Jamal Khashoggi in 2018. According to the Times, the two communicated frequently before and after the murder, using the names “Jared” and “Mohammed” in text messages.

“Affinity, like many other top investment firms, is proud to have PIF and other leading organizations that have careful screening criteria, as investors,” a spokesperson for Kushner’s firm told the vanity fair of its relationship with the Saudi sovereign wealth fund.

The news that bin Salman overruled the Saudi sovereign wealth fund’s advisers to send $2 billion to Kushner’s firm comes as Trump and other right-wing shitheads decided to kick the tires on the idea that Hunter Biden received $3.5 million from the widow of Moscow’s former mayor. Trump pressed Biden on the payment during the debates leading up to the 2020 election, and he brought it up again last month when he asked Vladimir Putin to provide information on the transaction — despite the fact that Putin is directing Russia’s invasion of Ukraine, a U.S. ally.

The only problem is that there is no evidence that this happened. Before the 2020 election, Senate Republicans released a report allegedly Yelena Baturina sent the funds to a Biden-connected firm called Rosemont Seneca Thornton in 2014. Trump attempted to exploit the report’s findings, but The Washington Post recently dug deeper than the report’s headline-worthy summary and found that it does not actually claim that Biden received the money. The Post found no evidence that Biden was involved in the transaction.

Duke and Duchess of Sussex make a rare public appearance at the opening ceremony of the Invictus Games: “Slava Ukraine!”