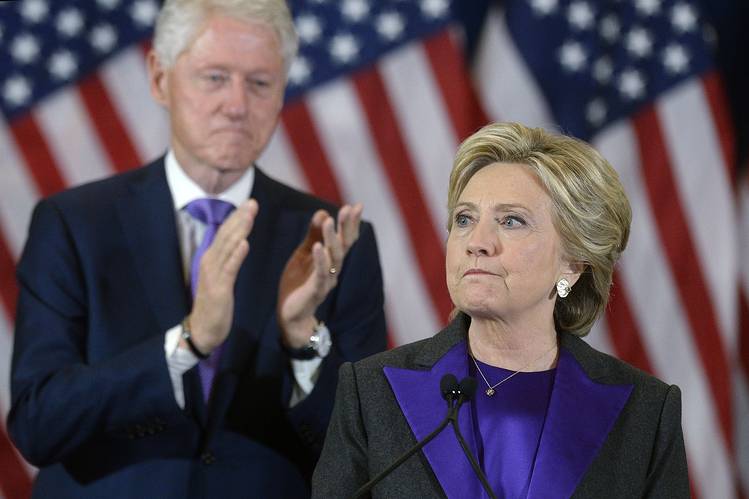 After Ghislaine Maxwell was found guilty on sex trafficking charges, her lawyers signaled that she would no longer fight to keep secret the names of eight “John Does,” i.e. high-profile figures linked to millionaire and convicted sex offender Jeffrey Epstein.

The documents containing the names originate from a 2015 defamation case filed by Epstein’s alleged victim Virginia Giuffre (née Roberts). Giuffre’s bid to unseal the documents amid her current civil case against Prince Andrew may deal a heavy blow to rich and famous people, including Bill Clinton, warned The Sun.

“Without much doubt, Ghislaine Maxwell has potentially incriminating evidence she might try to use to lessen looming punishment,” says Wall Street analyst and investigative journalist Charles Ortel.

Still, one must wait a bit longer to confirm the identities of the John Does, “remembering that allegations, while potentially damning, are not yet proven regarding each person,” the analyst highlights.

Bill Clinton’s links to Epstein have come into the media focus once again over the past two months. Last week, the Daily Mail revealed that Epstein’s attorney Darren Indyke in 2016 asked the couple who managed the millionaire’s private island Little St James between 1999 and 2007 to sign a sworn affidavit declaring they had never seen former President Bill Clinton there.

Prior to that, Indyk allegedly took away the log books showing all the arrival and departure records for Little St James. According to the media outlet, there were fears that Bill Clinton’s links to Epstein and the infamous “Paedo Island” could be used against Hillary during her presidential campaign.

While Bill Clinton denies ever being on Little St James or having knowledge of Epstein’s crimes, Bill’s longtime aide Doug Band told Vanity Fair in 2020 that his former boss visited the infamous island in January 2003. Furthermore, between February 2002 and November 2003, Bill Clinton’s name as a passenger was on flight logs for Epstein’s planes at least 26 times.

At the beginning of December 2021, the Daily Mail disclosed that Epstein visited Clinton’s White House at least 17 times between 1993 and 1995. On 13 January 2022, the media outlet added that the disgraced millionaire brought along eight women, including his girlfriends Celina Midelfart, Eva Andersson, Francis Jardine, and Ghislaine Maxwell.

Revelations concerning Bill Clinton’s ties with the convicted sex offender have coincided with rumors about Hillary Clinton’s potential 2024 election bid. US conservative pundits and Democratic insiders have been discussing the scenario of Hillary’s run since December 2021.

On 16 January, Dick Morris, a one-time top adviser to former President Bill Clinton, suggested on his WABC radio show that if the Dems lose control of Congress in 2022, President Joe Biden and Vice President Kamala Harris will be finished. This could open the door to Hillary’s third bid, according to Morris, who suggests that the architect of her strategy would be none other than Bill Clinton.

“[Hillary] has set up a zero-sum game where the worse [Biden] does, the better she does, because she’s positioned herself as the Democratic alternative to Biden,” Morris said.

The president and his veep are already suffering from low approval ratings caused by the botched Afghan withdrawal, the COVID pandemic, skyrocketing inflation, and the inability to pass any of their signature legislative initiatives. At the same time, Democratic moderates and progressives have been struggling for political influence in Congress for quite a while.

The former Clinton aide envisions that Hillary will summon moderates or disillusioned leftists to her banner and will fight against the extreme left in the Democratic Party. Charles Ortel is highly skeptical about Hillary’s apparent grand design, described by Morris.

However, it does reflect the ongoing political strife between various “White House” clans – including Team Biden, Team Obama, and Team Clinton – as the Biden-Harris ship appears to be “sinking,” according to the analyst.

Given that, Obama and Biden loyalists “likely are happy to have revelations harming the Clintons” which are currently emerging in the media as well as those which could possibly emerge via Maxwell, Ortel notes.

“Here, it is important to understand that attitudes in 2022 among Democrat voters concerning sexual crimes and enabling their cover-up are far less lenient than they may have been in 1998, when the Lewinsky affair triggered impeachment of Bill Clinton,” he points out.

Meanwhile, Special Counsel John Durham – who outlined the Hillary Clinton campaign’s controversial role in the Trump-Russia probe in indictments of Michael Sussmann and Igor Danchenko – may potentially deal yet another blow to the Clintons, the analyst believes.

One clear beneficiary of the Bidens and the Clintons’ political defeat would be Michelle Obama, who could be positioned to “save” the Democrat Party by 2024 when she credibly might become a presidential candidate and then a victor in the general election, Ortel concludes.