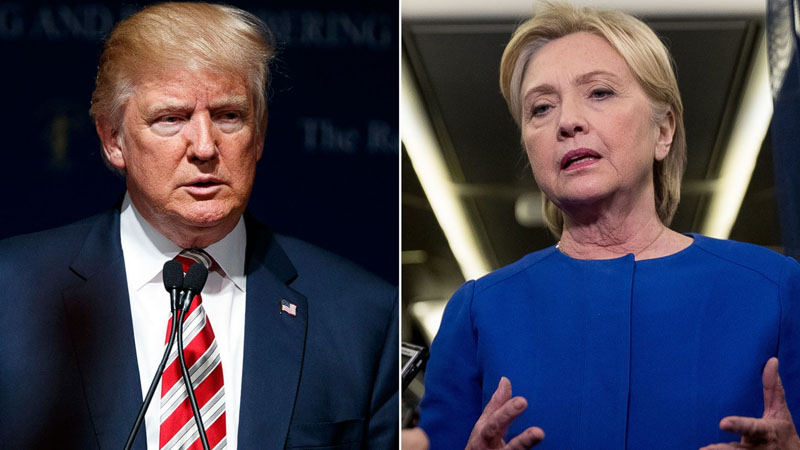 Last week, Donald Trump argued that Special Counsel John Durham’s new filing proves that his 2016 campaign and subsequent presidency “were spied on by operatives paid by” Hillary Clinton “in an effort to develop a completely fabricated connection to Russia”, which has repeatedly rejected all “collusion” allegations.

After almost a week of silence, former US Secretary of State Hillary Clinton has finally responded to a new court filing submitted by Special Counsel John Durham, who has been investigating the FBI’s “Russiagate” investigation to determine its legality.

Durham claimed in the 11 February filing that Hillary Clinton paid cybersecurity experts to hack into Donald Trump’s election campaign in order to support her false claim that he “colluded” with Russia to defeat her in the 2016 presidential election.

The ex-first lady tweeted on Wednesday that “Trump & Fox are desperately spinning up a fake scandal to distract from his real ones”.

“So it’s a day that ends in Y. The more his misdeeds are exposed, the more they lie. For those interested in reality, here’s a good debunking of their latest nonsense”, she added, attaching a link to a Vanity Fair article.

The piece, titled “You’ll never believe it but Hillary Clinton did not, in fact, spy on Trump’s White House”, claims that neither John Durham “nor anyone else for that matter had actually provided evidence of any such crime” related to the former US secretary of state’s alleged spying on the 45th president.

Hillary Clinton’s remarks after Trump’s request that the Justice Department declassify and make public all remaining documents related to claims that his campaign colluded with Russia.

“They have the declassification order. And they should declassify, absolutely, especially in the light of what has just happened and what has just been revealed”, the former US president told Fox News on Tuesday, referring to Durham’s 11 February filing.

The interview was preceded by Trump’s statement in which he expressed hope that John Durham would “fully expose” the FBI’s “Russiagate” inquiry, adding that the special counsel’s investigation shows “the crime of the century”

The ex-US president also argued that Durham’s findings provide “indisputable evidence” that Trump’s 2016 campaign and presidency “were spied on by operatives paid by the Hillary Clinton campaign in an effort to develop a completely fabricated connection to Russia”.

The former POTUS dubbed the situation a scandal “far greater in scope and magnitude than Watergate”.

The statement followed Durham filing court papers last Friday, in which he argued that a Clinton campaign lawyer enlisted a tech executive to help “mine” internet data from locations, including Trump Tower and the White House, “to establish ‘an inference’ and ‘narrative’ tying then-candidate Trump to Russia”.

Moscow has repeatedly denied attempting in US domestic affairs during the 2016 election and has dismissed all allegations cleared against it. In April 2019, then-Special Counsel Robert Mueller’s report revealed that his investigation found insufficient evidence to prove collaboration between Russia and Trump’s campaign team prior to the 2016 election.