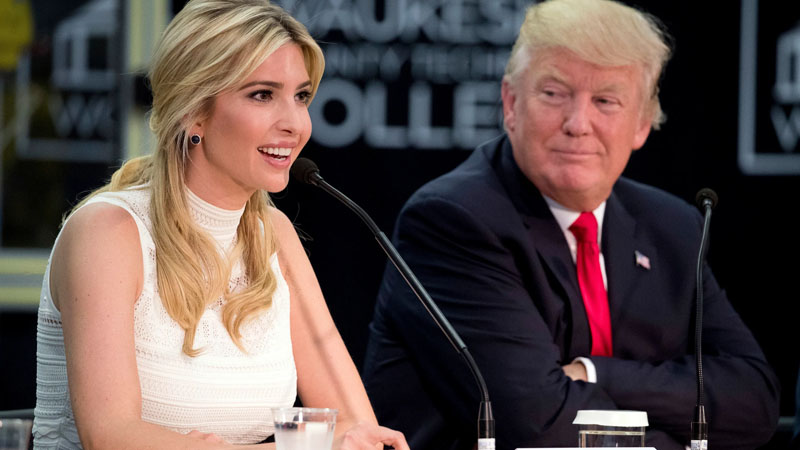 Author Mary Trump, a niece of former President Donald Trump, stated her uncle would “stop protecting” his daughter Ivanka if he thought it was in his best interests.

Mary Trump told MSNBC’s Alex Witt on Sunday that she didn’t think Donald Trump would take any fire to protect his children.

“Donald isn’t playing the card that she’s his child to protect her. He’s doing that to protect himself because he knows she may indeed have potentially damning information,” Mary Trump said.

She added that she thought her cousin Ivanka was likely making a “calculation” at this point about what will “help her in the long run.”

“(Ivanka) knows she has to come down on the right side of things. Or, she’ll continue to stay her father’s ally, and have to see how that plays out,” Mary Trump said. “She’s in a very bad situation because she must understand that if Donald feels it’s necessary, he will stop protecting her.”

Ivanka Trump has knowledge that the American people “deserve,” according to Mary Trump, and she should engage with the January 6 panel freely.

“She worked for the American people, not for her father,” Mary Trump said. “This is an adult human being. She’s 40 years old. She has children of her own. So the whole ‘she should be protected because she’s his child’ is absurd on its face. She owes the committee truthfulness about what happened that day.”

Ivanka was requested to voluntarily help with the House Select Committee’s probe into the Capitol brawl last week. The committee’s chair, Rep. Bennie Thompson, said in a letter that Ivanka Trump had direct touch with her father during the insurrection.

As per Insider, following the revelation of the letter, Trump lambasted the January 6 committee, accusing them of “vicious” targeting of his adult children.

Former Trump lawyer Michael Cohen said during a January 22 interview on MSNBC that there was no chance that Trump would try to protect his adult children from probes into the Trump organization or the January 6 riot at his own expense.

“Donald cares only about Donald, more than he would care about his children,” Cohen said.

However, Cohen added that Trump once told him that if one of the Trump children had to go to prison, to make sure it was Donald Trump Jr., his oldest son, and not Ivanka, because Don Jr. “would be able to handle it.”