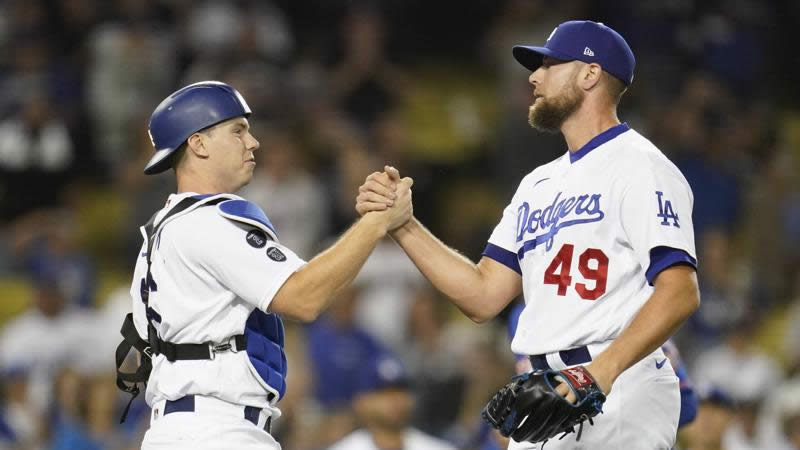 Trea Turner went 2 for 4 with a run batted in to lead the Los Angeles Dodgers to their seventh straight victory, defeating the New York Mets 4-1.

The Los Angeles Dodgers beat the New York Mets 4-1 on Thursday night for their seventh straight victory. Trea Turner went 2 for 4 and drove in a run.

The Dodgers moved within 2 1/2 games of the NL West-leading San Francisco Giants, who were idle. Since the end of April, the defending World Series champions haven’t been in the first place.

The Dodgers’ Blake Treinen finished off another bullpen game by striking out the side to get the save. He was one of seven relievers who allowed one run and six hits.

The Dodgers put up just enough offense against the Mets after slugging four homers the night earlier in sweeping Pittsburgh.

The Dodgers took a 2-0 lead in the second inning thanks to RBI groundouts by AJ Pollock and Chris Taylor.

Pete Alonso went 2 for 4 with a run scored for the Mets who fell below .500 with their sixth loss in seven games. They’ve dropped 22 of their last 26 games against the Dodgers, including a three-game sweep by LA last weekend in New York.

Corey Knebel made his major league entrance, pitching one inning and allowing one hit as the Dodgers’ opener. Evan Phillips (1-0) came in as the 35th different pitcher used by LA this season. In his second career win, he allowed three hits. Phil Bickford, Brusdar Graterol, Victor Gonzalez, and Alex Vesia followed in setting up Treinen.

New York’s lone run came on J.D. Davis’ double into the left-field corner in the fourth.

According to the report of NBC Los Angeles, in six innings, Mets starter Taijuan Walker (7-8) gave up four runs and six hits. The right-hander struck out four and walked one. Walker pitched a no-hitter into the seventh inning against the Dodgers at Citi Field last weekend before giving up a solo home run to Will Smith.

Mets: C James McCann is getting better since being scratched Tuesday due to back spasms. The team is hopeful about keeping him off the IL. SS Javier Baez (back spasms) for the first time, took batting practice, and grounders were taken by SS Francisco Lindor (right oblique strain). They also worked on a few double plays. If they don’t return this weekend, they’ll be back at home the next week.
Dodgers: OF Mookie Betts says he’s feeling “really, really good” and could return from right hip inflammation next week.

Mets: RHP Carlos Carrasco (0-1, 10.32 ERA) faces the Dodgers for the second time. Last Sunday, he gave up six earned runs in two innings against them.