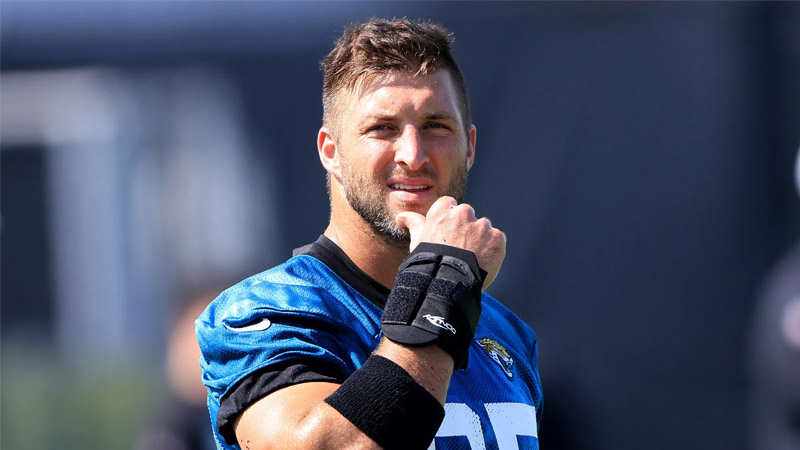 While he coaches the other side of the ball, Charlie Strong has been a presence throughout Tim Tebow‘s football career. He served as assistant head coach and defensive coordinator to Urban Meyer during Tebow’s time at Florida, and is now on staff with the Jacksonville Jaguars.

Strong was an early addition to Meyer’s first NFL staff. The two have been extremely close throughout their coaching careers, since serving on Lou Holtz’s staff at Notre Dame, and Meyer made him his first hire after taking over at University of Florida. He is now assistant head coach and inside linebackers coach for the Jags.

Tebow is attempting to make an NFL comeback in a tight end/H-back type role. In speaking to the media today, Strong said that he’s impressed with how Tebow has comported himself considering the wave of attention that his return to football brings, as well as his ability to fit right back into a football locker room.

“When you look at teams and when you just look at just the following — because whenever you say Tim Tebow, you know that you’re going to have just a truly mass following from the media to even just fans out there, want to know how he’s doing, and I think that he’s done a very good job of just handling himself and just embracing it,” Strong said earlier this week.

“What you wonder a lot of times when you get a player like that who’s been away from it is, ‘How is he going to be accepted in the locker room?’ And I think the players have done just an unbelievable job of just taking him in,” he added.

Strong says it’s been fun to watch how Tebow has gone about the position switch. We haven’t gotten a lot of details on just how he’s performed there to this point, but it is no surprise that the former Heisman winner is doing all of the right things with his coaches and teammates.

We’ll see if he can clear the major hurdle of actually making the Jacksonville Jaguars roster this season. He has a few major fans in crucial positions in Urban Meyer and Charlie Strong, but he will have to prove he deserves it.