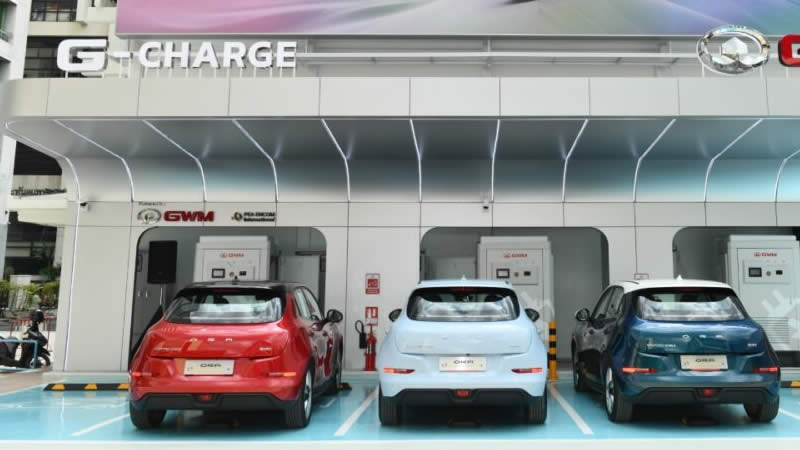 GWM launched the world’s first G-Charge supercharging station in Bangkok, Thailand. This is the latest achievement she has shown users in developing new energies.

In addition, the G-Charge supercharging station has enough space and power. It has a maximum charging power of 160 kW and can provide users with a 24-hour charging service.

It is important to mention that the charging station has a very easy-to-use charging guidance function. In the GWM app, users can quickly find charging station locations and book charging times, pay for charging and usage, and more. This not only saves time for the user but also adapts to the user’s travel plan, which can be considered a very smart experience.

In addition to building the charging infrastructure, GWM made other discoveries in new energy development. One example is Dayu battery technology. With dozens of patents, it is a core technology that encompasses the suppression, isolation, cooling, and discharge of heat sources, etc., and which can prevent batteries from exploding due to thermal leakage.

In August, Meng Xiangjun, GWM’s rotating president, told the 2021 Foreign Distributor Online Conference that over the next five years GWM will invest RMB 100 billion in R&D in the area of ​​new energy and intelligence to create safer products, eco-friendly and smart for global users.

Olivia Munn on her pregnancy news getting leaked: There’s a lot of fear