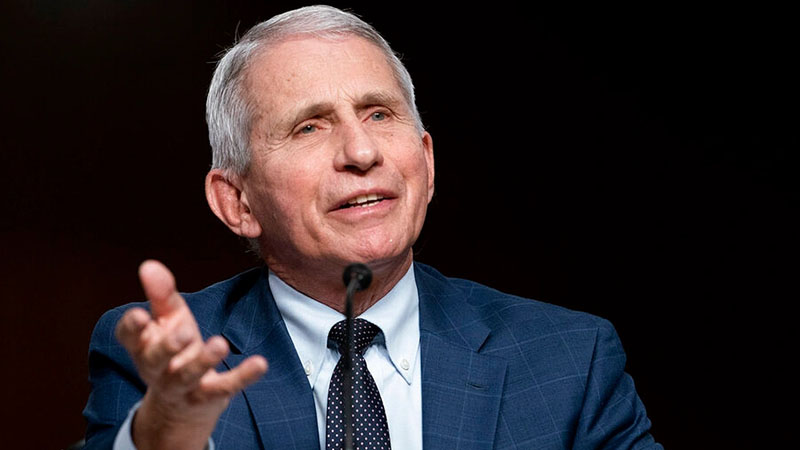 ‘A planner who believes he is ‘the science’ . . . justifies in his mind using government resources to smear and destroy the reputation of other scientists who disagree with him… ‘

Congressional Republicans released emails today revealing that Drs. Anthony Fauci and Francis Collins received numerous warnings from doctors and scientists as early as February 2020 suggesting that COVID may have been leaked from a lab in Wuhan and that the virus may have been genetically engineered.

Reps. James Comer, R-Ky., and Jim Jordan, R-Ohio., accused both the NIH and the HHS of continuing to “hide, obfuscate, and shield the truth” about the origins of COVID-19 in a letter to HHS Secretary Xavier Becerra demanding an on-the-record interview with Fauci.

The letter includes notes from a conference call in February 2020 that were sent to Fauci and then-NIH Director Francis Collins.

One participant claimed that he couldn’t “think of a plausible natural scenario where you get from the bat virus or one very similar to it to nCoV . . . I just can’t figure out how this gets accomplished in nature.”

Another argued the likeliest explanation for COVID was the accidental creation in a lab of “a virus that would be primed for rapid transmission between humans via gain of furin site (from tissue culture).”

The emails also reveal attempts by Dutch virologist Dr. Ron Fouchier, among others, to call the theories into question.

“Further debate about such accusations would unnecessarily distract top researchers from their active duties and do unnecessary harm to science in general and science in China in particular,” Fouchier wrote.

“Since the start of the COVID-19 pandemic, NIAID Director Anthony Fauci and NIH Director Francis Collins have decried the theory that the virus escaped from the Wuhan Institute of Virology as a conspiracy theory,” pointed out Substack author Techno Fog.

During a Congressional hearing Tuesday, Sen. Rand Paul, R-Ky, confronted Fauci directly, accusing him of attempting to censor opposing scientists and dismissing the NIAID director as “the lead architect responsible from the government, and now 800,000 people have died.”

“A planner who believes he is ‘the science’ . . . justifies in his mind using government resources to smear and destroy the reputation of other scientists who disagree with him,” Paul told Fauci.

In response, Fauci accused Paul of “distorting everything about me” and complained that he has received “threats upon my life, harassment of my family and my children with obscene phone calls because people are lying about me.”

After months of battles between the two men, Fauci came to this hearing with printouts of Rand Paul’s website, showing that the GOP senator is fundraising off “Fire Dr. Fauci.”

Fauci can also be heard on a hot mic calling Kansas Senator Roger Marshall a “moron” after Marshall asked the Covid czar about his investments.

Fauci’s meltdown coincided with the release of a trove of military documents by Project Veritas, which could indicate not only that Fauci lied to Congress under oath, but also that Ivermectin was identified as a curative in early 2020.