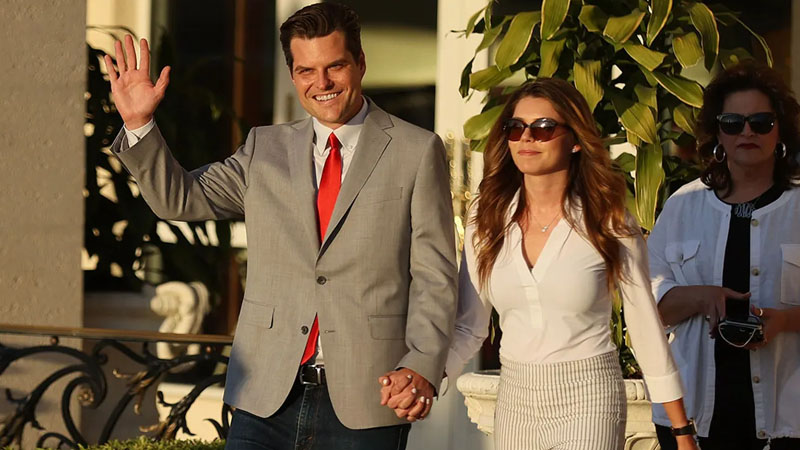 US prosecutors are probing Rep. Matt Gaetz (R-FL) over a slew of crimes, including sex trafficking a minor, violating the Mann Act, and obstruction of justice. Prosecutors and the lawmaker’s ex-girlfriend have discussed an immunity deal that requires her testimony in the sex trafficking probe against Gaetz, who denies the allegations.

On Wednesday, an ex-girlfriend of GOP Rep. Gaetz testified before a federal grand jury probing the Republican lawmaker for sex crimes and other offenses, according to several evening reports.

The woman, whose name has been withheld in the press, and Timothy Jansen, her attorney, were spotted arriving at the federal courthouse in Orlando, Florida, on Wednesday. The lawyer did not provide details about the case.

“All I can say is CNN saw me and my client come in, and I am confirming I am here, but I can’t make any comment,” Jansen told the outlet.

The move signals that the US Department of Justice may soon indict Gaetz, according to NBC News.

The woman is reportedly a former Capitol Hill staffer whose ties with Gaetz date back to 2017, the year he began representing Florida’s 1st Congressional District. Three friends of the former couple told NBC News that Gaetz and his ex-girlfriend were in an open relationship in 2017 and 2018, and the two would share details about the individuals with whom they had sex.

Several questions have been raised about the activities that occurred during their relationships, such as a 2018 trip to the Bahamas that involved the couple, Gaetz’s friends, and a number of young women.

One charge prosecutors are examining is whether Gaetz obstructed justice during a phone call involving himself, his ex-girlfriend, and another woman who was already cooperating with federal prosecutors.

“We have seen no credible basis for a charge against Congressman Gaetz,” Isabelle Kirshner, an attorney for the US lawmaker, told The Hill. “We remain steadfast in our commitment to challenging any allegations with the facts and law.”

The federal probe into allegations of Gaetz’s sex crimes commenced after federal prosecutors leveled dozens of charges against former tax collector Joel Greenberg, a former friend of the US lawmaker. Greenberg ultimately agreed to work with agents and pled guilty to six of 33 charges, including sex trafficking a child.

One source familiar with the case told NBC News that the reported sex-trafficking victim told investigators that Gaetz had sex with her.

Stimulus Checks Update: Another Payment For The Omicron Variant