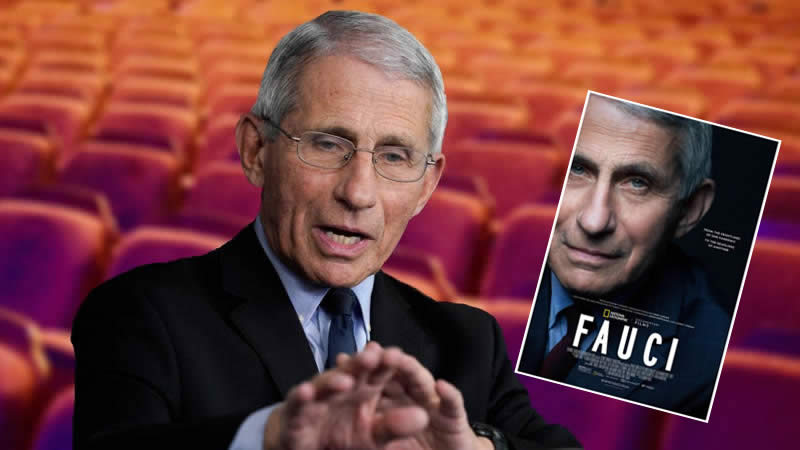 According to critics, the documentary “Fauci” on White House’s chief virologist Dr. Anthony Fauci, which is now available on Disney+, is a triumph that hits every note with perfect precision. It’s a masterclass in storytelling, and the only fault is that there wasn’t more of it.

You won’t be willing to hear the audience if you ask them about it. It seems that the websites that offer these epic critic reviews would like that you just get their point of view.

It appears that, for a time, the critic site “Rotten Tomatoes” restricted the display of audience reviews while showing the critic score in full. According to a screenshot taken by Breitbart at the time, the site had disabled it for no obvious reason. The score is now displayed, and if they were trying to hide it, it’s easy to see why.

As of this writing, “Fauci” has a Rotten Tomatoes critic score of 91% “fresh,” with glowing reviews from the likes of CNN’s Brian Lowry, who says that “critics have seemingly twisted his image beyond recognition in their attempts to demonize him.”

“Fauci is a refreshing figure and a standard-bearer for truth,” wrote Peter Bradshaw of the Guardian.

The audience rating for “Fauci”?

Four percent with a 0.8 out of 5 stars in the average rating.

Reading each of the negative audience reviews gives you a genuine idea of what the documentary is, which is a puff piece meant to make Fauci out to be a near-perfect human being.

“It was less informative as a documentary on Fauci and felt more like a long advertisement for a political candidate,” wrote user Ian M.

Meanwhile, according to IMDB, the documentary has a rating of 1.6 out of 10 stars, placing it below the site’s lowest-ranked film, “Disaster Movie.” Despite this, Fauci was not listed as one of the lowest-rated films on IMDB.

The documentary is clearly hated by the audiences, and there’s no doubt that many people’s bias against Fauci plays a key role, but it’s also clear that the documentary isn’t so much a documentary as it is a propaganda piece attempting to elevate Fauci and cast him in a more positive light than he deserves.

Furthermore, it shows that professional movie critics are more than ready to forgo their professional analysis of films to focus on which boxes they check or which side of the political aisle they fall on. This was brilliantly highlighted by Jon Levine of the New York Post, who released the Rotten Tomatoes rankings for two different comedy specials.

The first was for “The Closer” by Dave Chappelle, and the second was for “Nanette” by Hannah Gadsby.

Chappelle’s special was widely hated and labeled it “transphobic,” with some even accusing Chappelle, a notably black man, of having “white privilege.” Gadsby is a feminist stand-up comedian.

If trends are to be followed, Fauci’s documentary was always going to get the same treatment, but it does reaffirm a very valuable lesson about movie critics… Don’t pay attention to them.