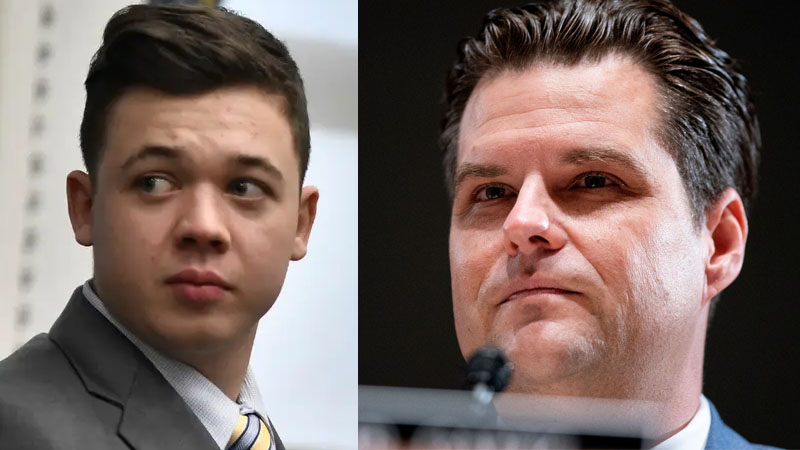 Rep. Matt Gaetz, R-Fla., said this week that he would consider hiring 18-year-old Kyle Rittenhouse if he is acquitted by the jury.

“Kyle Rittenhouse would probably make a pretty good congressional intern,” Gaetz told Newsmax’s, Grant Stinchfield. “We may reach out to him and see if he’d be interested in helping the country in additional ways.”

Stinchfield quipped that Newsmax might try to hire him too.

“I want him here at Newsmax,” the host said. “Maybe he can be a Stinchfield intern, too. He’ll have all kinds of job offers.”

Rittenhouse is on trial for the shooting of two men during the Kenosha riots of 2020. He pleaded not guilty and argued he acted in self-defense because the men pursued him and threatened his person. The jury has been undergoing deliberations since Tuesday.

Gaetz argued Rittenhouse is “not guilty” and deserves to walk free.

Gaetz isn’t the only Republican to encourage Rittenhouse to pursue a career in politics if he is acquitted. Last year, Rep. Anthony Sabatini, R-Fla., said the teenager should think about running for Congress one day.

Gaetz also defended “QAnon Shaman” Jacob Chansey, who was sentenced to 41 months in prison this week for his role in the Jan. 6 Capitol riot.

“The notion that he’s got to be in prison for three and a half years to settle some sort of political score defies justice,” Gaetz said.

Jan. 6 committee to add hearings until July as new evidence pours in