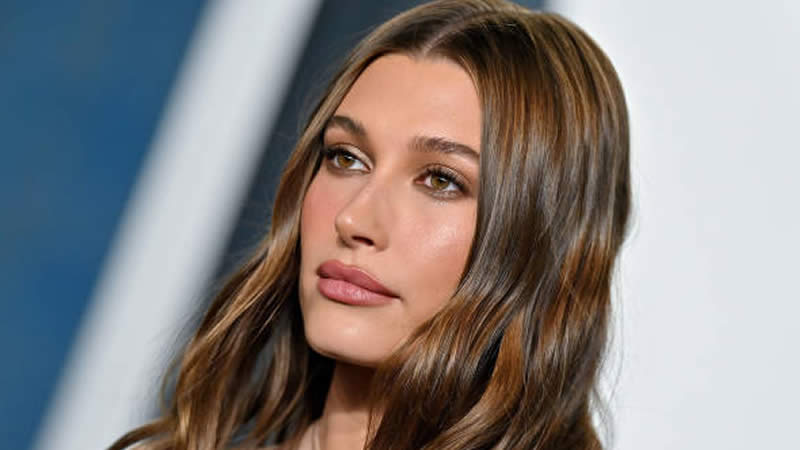 On March 10, 2022, Hailey Bieber, a 25-year-old model, and wife of Justin Bieber, was admitted to the hospital with stroke-like symptoms.

She described her experience as the “scariest moment of her life” in a YouTube video posted on Wednesday, and she discusses the incident.

“Basically, I was sitting at breakfast with my husband [Justin Bieber], having a normal day, normal conversation and we were in the middle of talking and all of a sudden, I felt this really weird sensation that kind of like traveled down my arm from my shoulder all the way down to my fingertips…It made my fingertips feel really numb and weird,” she explains.

While recalling the incident, she says, “the right side of my face started drooping, I couldn’t get a sentence out.”

“Immediately, I thought I was having a stroke,” she states, adding that she was lucky to have a medic on site who was able to examine her.

Hailey was immediately brought to the hospital, where doctors discovered she had a small blood clot in her brain, which was diagnosed as a Transient Ischemic Attack (TIA).

A TIA is also known as a small stroke, which is a brief period of symptoms that resemble those of a stroke.

The blood clot in her brain was caused by three factors, according to her doctors.

“One was that I just recently started taking birth control pills, which I should have never been on because I am somebody who suffered from migraines anyway,” she explained. “And I just did not talk to my doctor about this.”

Secondly, she had also recently had COVID-19 and had been traveling ” “from Paris and back in a really short amount of time.” Therefore, she calls it “the perfect storm” for her blood clot.

As per the USA today, the doctors were confused as to why the clot had made its way to her brain.

Later, she visited UCLA, where she was diagnosed with a grade 5 PFO (the highest grade possible) after receiving a transcranial doppler, an ultrasound that uses sound waves to determine blood flow to the brain.

“The conclusion was that I had a blood clot that traveled into my heart and instead of — what typically happens if you have a small blood clot is that the heart will filter the blood clot to your lungs and your lungs will absorb it,” she explained.

“What happened with me is my blood clot actually escaped through the flap or the hole in my heart, and it traveled to my brain and that is why I suffered a TIA,” she adds.

Baldwin Bieber then had a heart procedure to close the PFO, which involved placing a small device into the femoral vein in her groin and closing the small hole. She claims that the surgery went “very smoothly” and that she is fully recovered.