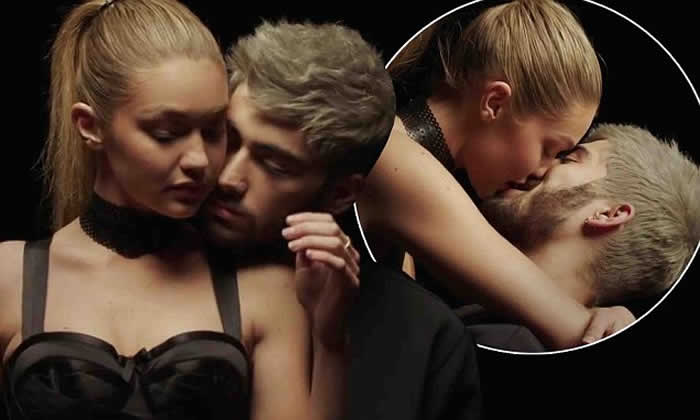 Many watching the first solo offering from Zayn Malik would have been treated to an odd clashing of cultures before it began: trailing the track’s premiere was an advert for One Direction’s History, a song accompanied by footage of the four-piece boyband grinning and gesticulating while singing enthusiastically about loyalty and friendship with the buoyancy of an X Factor contestant giving 1,546%.

Malik’s Pillowtalk, however, couldn’t be more the antithesis: it is a slow, minimalist and lusty explosion of testosterone, a fountain of champagne and dodgy aftershave.

It is a deliberate – and understandable – step into a more austere artistic guise. He is a verified adult, an adult with adult urges, volatile emotions and a girlfriend who cries tears of blood. As it is with many ex-teen stars wanting to dismantle their prior reputation, sex is the first and easiest of all taboos to translate into music, and a (slightly nervous looking) Malik has chosen his video for Pillowtalk to publicly display his relationship with Gigi Hadid.

The pair stand solemnly together, distorted by arty graphics, a hall of mirrors, melting flowers; imagine the kind of modern art you might find in a loft suit of a ludicrously priced hotel and slap on some a couple of Instagram filters.

Malik recently told Zane Lowe that he was “always going to rebel against the system” and while this new track is a marked step towards stabilising his solo career – imagine the decadent sultriness of the Weeknd minus the drugs and shame – it is relatively safe in the realm of modern pop (but perhaps the eeriness of Rihanna’s Anti has distorted my expectations of pop.)

With its moody passion and theatrical interpretation of intimacy and romance, Pillowtalk wouldn’t be out of place on the Fifty Shades of Grey soundtrack.

Take a look at the video below and let us know what you think.