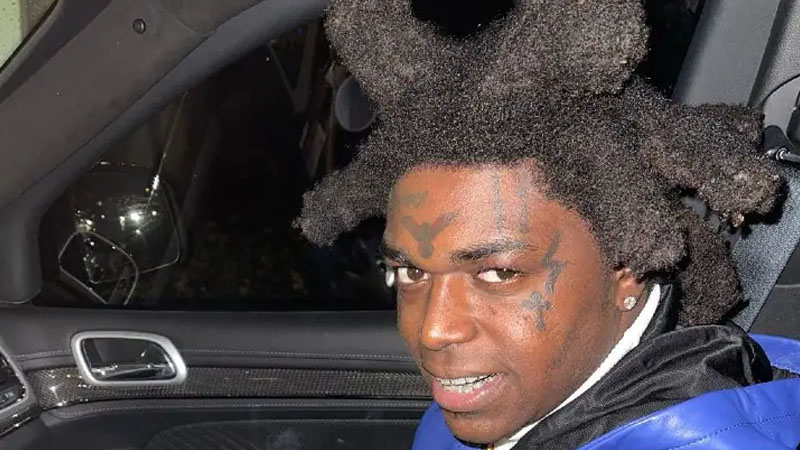 Rapper Kodak Black, real name Bill Kapri, and two other people were hospitalized after being shot outside a lounge on N La Cienega Boulevard in Los Angeles early Saturday morning. The incident happened about an hour after the venue had finished hosting an unofficial afterparty for a Justin Bieber concert.

The afterparty had already ended by the time the incident occurred, with guests being escorted out of the venue at around 1:45 a.m. ahead of a 2:00 a.m. closure. According to a source close to the situation, Kodak Black did not enter the premises during the evening.

The three victims, men aged 19, 24, and 60, heard a fight break out outside the venue around 2:45 a.m., according to the Los Angeles Police Department. NBC News later reported that the 24-year-old injured in the incident was Kodak Black. It has also been reported that another person was injured as a result of the altercation.

The three men were hit with multiple rounds. The Los Angeles Fire Department transported two of the victims from the restaurant to a nearby hospital, while the third was later moved to a hospital after leaving the crime scene. All of the victims are now in good health. There is currently no information on the suspects in the incident, and the investigation is ongoing.

The afterparty was held just down the street from the Pacific Design Center, which had earlier in the evening hosted Justin Bieber as part of h.wood and Revolve’s Homecoming Weekend event. The afterparty had no official connection to Bieber’s concert.

The two-day event is intended to celebrate sports, fashion, entertainment, and music ahead of Sunday’s Super Bowl. Homecoming Weekend will feature a series of successful performers through Saturday evening.

During last night’s festivities, Bieber performed a 30-minute set to a crowd of about 1,500 people, including Shawn Mendes, Anthony Ramos, Logan Paul, Niall Horan, and Scooter Braun. Around midnight, the performance came to an end. The afterparty was reportedly attended by Bieber and his wife, Hailey, Drake, Tobey Maguire, Khloe Kardashian, Lil Baby, and Kodak Black, though it is unclear whether these celebrities were still present when the shooting took place.

Is Will Smith’s career just online after the slap controversy? Netflix has removed Will Smith’s film “Fast and Loose”