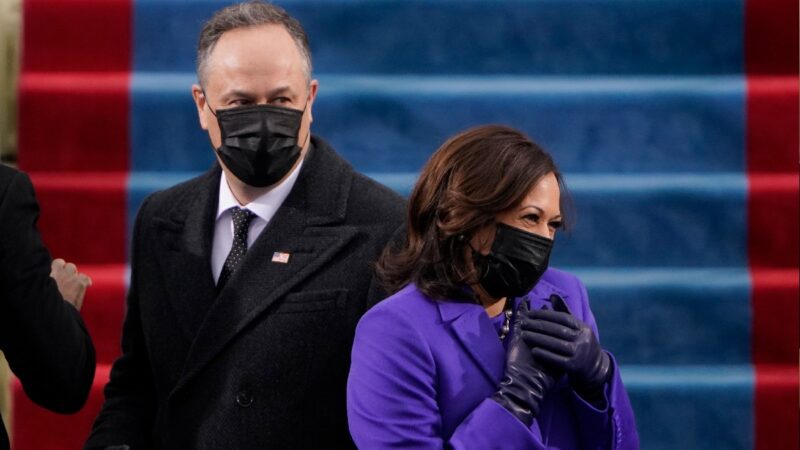 Kamala Harris and her husband, Doug Emhoff, have broken ground as the first-ever female vice president and first-ever second gentleman in American history.  Into her ascent as Vice President of the United States of America, Kamala has inspired future leaders around the globe, while expressing her gratitude for Doug and her family for their unwavering support throughout her career in public service.

Most, if not all, supporters of Kamala Harris are aware that she met her husband on a blind date set up by one of her close pals. Then, in August 2014, the politician and Doug tied the knot in an intimate wedding in a courthouse in Santa Barbara, California.

However, recent reports are claiming that Kamala Harris and Doug Emhoff are facing problems with their marriage nearly one year into her term as the second-highest officer in the executive branch of the U.S. federal government. Keep on reading to know more details.

Star Magazine, in its upcoming Jan. 3, 2022 issue, claimed that Kamala Harris and Doug Emhoff’s marriage is currently under pressure. It is said that, while they are a team, the Vice President of the United States (VPOTUS) has to be away from her husband at times.

Things have allegedly gotten so bad that their marriage is already in crisis mode. An unnamed source told the publication:

“There’s a lot of stress at Kamala’s work — she logs long hours seven days a week, plus she’s scrutinized for every single thing that she does and doesn’t.  That’s got to have an effect on her relationship.”

While Doug Emhoff can be romantic, the same insider added that Kamala Harris can be “tough,” “assertive” and “unsentimental.” It furthered:

“Kamala is straight to the point. And she knew what she wanted when she married Doug. Doug put his career on hold to followe Kamala around and support her.”

Both Kamala Harris and Doug Emhoff have yet to comment on the claims that their marriage is currently on the rocks. So, devoted supporters of the VPOTUS and her husband should take all these unverified claims with a huge grain of salt until everything is proven true and correct.

Meanwhile, during an interview with CBS News’ “Face of the Nation,” Vice President Kamala Harris said that “democracy” is the biggest national security challenge facing the U.S. When asked by host Margaret Brennan about one national security threat that keeps her up at night worrying, she stated:

“Frankly, one of them is our democracy. There is, I think, no question in the minds of people who are foreign policy experts that the year 2021 is not the year 2000. And we are embarking on a new era where the threats to our nation take many forms. Including the threat of autocracies taking over and having outsized influence around the world.”

However, later in the interview, Kamala Harris clarified her earlier statement and stated that there is a need to “fight for the integrity of our democracy.” The wife of Doug Emhoff also claimed that she “fully supported” the decision of President Joe Biden to end the nation’s 20-year war with Afghanistan by removing U.S. troops.

“I think it’s really important to remember that the previous administration negotiated a deal with the Taliban, did not invite the Afghan government to be at the table, and negotiated a deal that required and promised as part of an agreement that we would pull out by the end of May. So we were saddled with that responsibility based on an agreement between the United States and the Taliban.”

Emily Blunt pregnant with her first child by John Krasinski