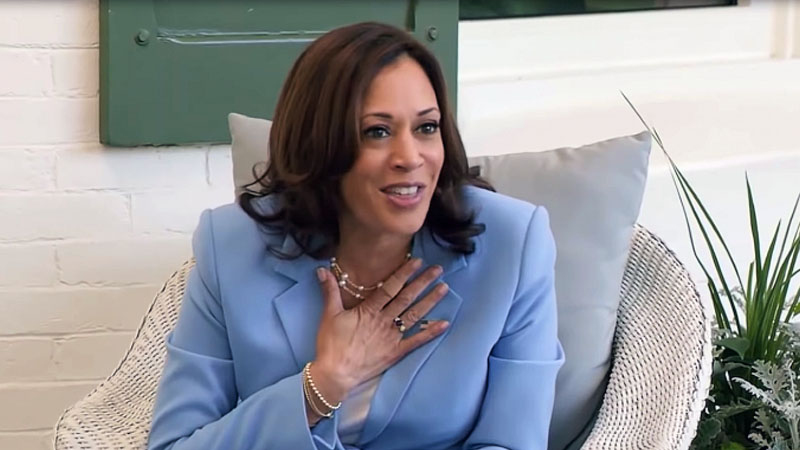 US Vice President Kamala Harris has not been enjoying much positive press recently: what with staff escaping from her team in droves and approval ratings which have been plummeting, it seems as though more and more questions are being raised in the media regarding her political future.

Kamala Harris has privately shared with her aides some of her grievances concerning the media coverage she’s received, claiming that the press would treat her better if she were a white man, The New York Times reported Thursday, citing White House insiders.

Harris, who is the first colored woman to be appointed vice-president, was preceded by 48 white males. With so many “firsts” to live up to, the VP is struggling to “define herself” in Joe Biden’s White House. Harris’ efforts appear to include seeking advice from her powerful confidantes, such as former secretary of state, Hillary Clinton.

“There is a double standard; it’s sadly alive and well,” Clinton said, cited by the NYT. “A lot of what is being used to judge her, just like it was to judge me, or the women who ran in 2020, or everybody else, is really coloured by that.”

Among those who voiced compassion with the vice-president was transportation secretary Pete Buttigieg.

“I think it’s no secret that the different things she has been asked to take on are incredibly demanding, not always well understood publicly and take a lot of work as well as a lot of skill,” he told the outlet.

However, other people, such as Texas representative Henry Cuellar, offered a different look at Harris. The Democrat lawmaker from Texas’ 28th congressional district shared with the NYT a story of when he offered help to the vice-president (who, among other things, is responsible for tackling the border crisis); when he learned that she was due to be visiting the border his office offered help and advice but never received a callback.

“I say this very respectfully to her: I moved on,” Cuellar said. “She was tasked with that job, it doesn’t look like she’s very interested in this, so we are going to move on to other folks that work on this issue.”

He is not the only one to be disappointed with Harris’ handling of the border crisis, as she also gets massive criticism on the issue from the Republicans, who claim that even during her visit to the border she chose to confine herself to places that were least affected by the surging number of migrants.

Aside from this, Harris is also dealing with an exodus of staffers: over the course of recent months, reports first emerged about the “toxic” atmosphere in the vice-president’s office, with several key employees leaving the team shortly afterward. Among those who parted ways with Harris were her long-time aide Symone Sanders and communications director Ashley Etienne.

The VP herself has been trying to distance herself from claims that she has a “toxic” management style. Many of her defenders previously asserted that a good part of the backlash she faces stems from the critics’ “racism” and “sexism”.

In the midst of the Covid Crisis, Stimulus Check Demands For Social Beneficiaries