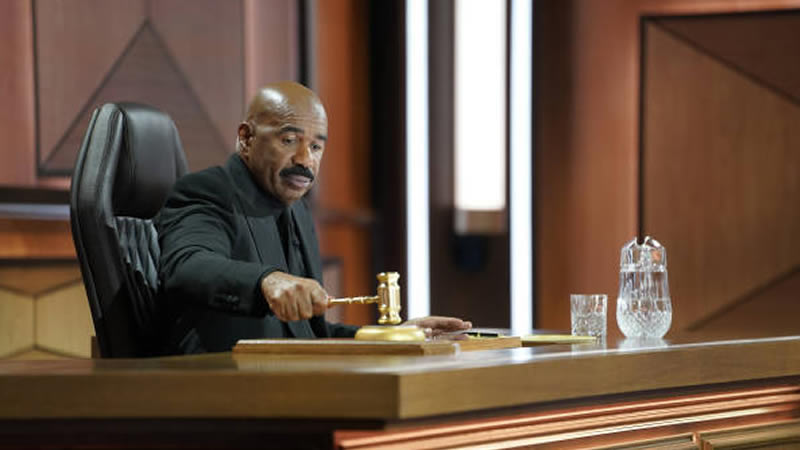 Will Smith and Chris Rock’s infamous encounter at the 94th Annual Academy Awards has been two months. Many celebrities have spoken out about the matter since then, with Harvey being the most recent to speak out on the televised fiasco.

In addition to expressing his disapproval of Will Smith’s actions at this year’s Oscars, the veteran comedian also chastised the Oscar winner for delivering that “punk move” by slapping Chris Rock.

During his speech, Steve Harvey didn’t hide his sentiments over the slap that was broadcast across the world.

As per Myjoyonline, the Family Feud host claimed that while being a devout Christian, he doesn’t feel his faith would have prepared him to react logically in Chris Rock’s position on Oscar night.

“I’m a Christian, but I’m really undeveloped. I don’t have high-level Christianity. On a scale of 1 to 10, I’m like a 2. That’s the level of Christianity I can work on,” Harvey said. “You slap T.D. Jakes, he’ll turn the other cheek.

Do you slap me? If you sit back in your seat, Jada [Will’s wife] would have to move out of the way. That’s the type of Christian I am.”

According to the Atlanta Journal-Constitution, Steve Harvey reportedly referred to Will Smith’s slap as a “punk move,” adding, “I lost a lot of respect for him.”

In April, the Academy announced that, in addition to accepting Smith’s resignation, it had decided that the actor would be barred from attending Academy events or programs for the next ten years.

“I have directly responded to the Academy’s disciplinary hearing notice, and I will fully accept any and all consequences for my conduct,” said Smith’s apology when he resigned.

“My actions at the 94th Academy Awards presentation were shocking, painful, and inexcusable. The list of those I have hurt is long and includes Chris, his family, many of my dear friends and loved ones, all those in attendance, and global audiences at home. I betrayed the trust of the Academy.

“I deprived other nominees and winners of their opportunity to celebrate and be celebrated for their extraordinary work. I am heartbroken.

I want to put the focus back on those who deserve attention for their achievements and allow the Academy to get back to the incredible work it does to support creativity and artistry in film. So, I am resigning from membership in the Academy of Motion Picture Arts and Sciences and will accept any further consequences the Board deems appropriate.

Change takes time and I am committed to doing the work to ensure that I never again allow violence to overtake reason.”