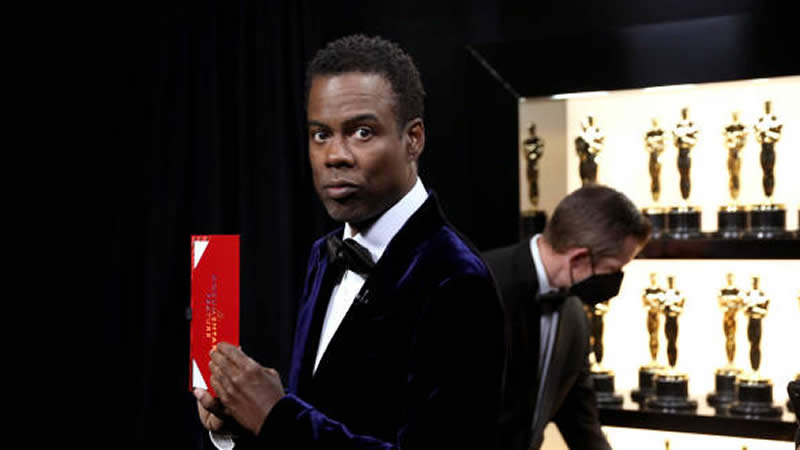 Chris Rock has finally spoken out about his now-famous incident with Will Smith at the 94th Annual Academy Awards, after weeks of silence.

On Friday, Rock mentioned the slap during a sold-out event at Baltimore’s Lyric Performing Arts Center, but only for a second before moving on with his act.

According to WJZ-TV reporter Annie Rose Ramos, Rock started his set off by saying, “I’m alright. I’m alright. Healed from the nicks and bruises…for the most part.”

The rest of Rock’s hour-and-a-half show, according to Ramos, was spent ignoring the incident. Rock recently hinted that he and his team are pitching the first-look interview to networks that could be interested in hearing the comedian’s entire narrative.

Rock’s mother, Rose, recently spoke out about the slap, stating that Smith smacked “all of us” when her son was slapped.

“When he slapped Chris, he slapped all of us. He really slapped me,” Rose said. “No one even heard his speech. No one was able to just be in the moment because everyone was sitting there like, ‘What just happened?'”

Smith has since resigned from the Academy and is no longer allowed to attend Academy-related activities for the next ten years. Despite his inability to attend the ceremony, he is still eligible for Oscar nominations and awards, Comic Book reports.

“I have directly responded to the Academy’s disciplinary hearing notice, and I will fully accept any and all consequences for my conduct. My actions at the 94th Academy Awards presentation were shocking, painful, and inexcusable,” the Oscar-winning actor said in his resignation address.

He added, “The list of those I have hurt is long and includes Chris, his family, many of my dear friends and loved ones, all those in attendance, and global audiences at home. I betrayed the trust of the Academy.

I deprived other nominees and winners of their opportunity to celebrate and be celebrated for their extraordinary work. I am heartbroken.

I want to put the focus back on those who deserve attention for their achievements and allow the Academy to get back to the incredible work it does to support creativity and artistry in film.

So, I am resigning from membership in the Academy of Motion Picture Arts and Sciences and will accept any further consequences the Board deems appropriate.

Change takes time and I am committed to doing the work to ensure that I never again allow violence to overtake reason.”

Billie Eilish shares her thoughts on her wild Coachella collaborations with Damon Albarn and Hayley Williams.