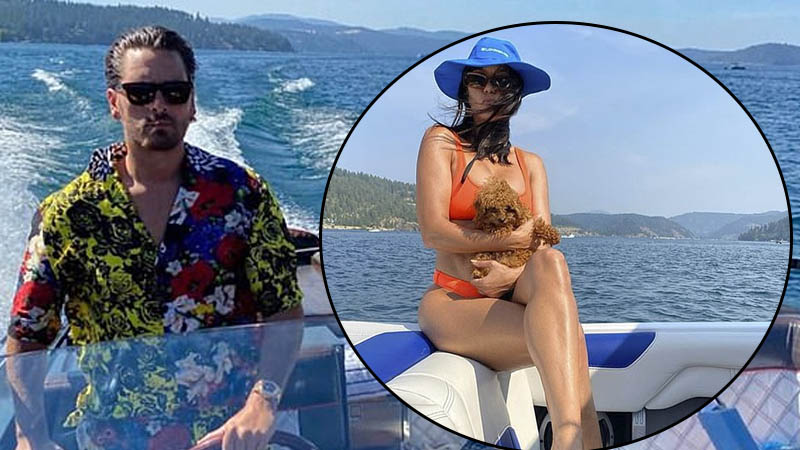 Scott Disick and Sofia Ritchie called it quits after a tumultous three years of relationship.

On Sunday, Scott was seen going into vacation mode on a cruise trip with ex Kourtney Kardashian and their son, Reign.

“Say hi to Ruby,” Kourtney wrote on her picture showcasing herself holding a dog while donning an orange bikini.

Meanwhile, Scott uploaded a picture of his five-year-old son from behind the wheel.

The duo’s cruise ship date came a week after they were seen grabbing a bite at the same restaurant Scott used to take Sofia previously.

In May, sources confirmed Scott and Sofia’s split saying he is way too much focused on being a good father.

“Friends attributed their 15-year age difference becoming an issue,” a source told Us Weekly in August.

“He’s in a very much different place in his life, really focused on a more quiet lifestyle, his kids and his investment businesses and Sofia, at 21 years old, is really still trying to figure what she wants to do, which drove them apart over time,” the insider added.

The source went on to add that Sofia was perturbed by Scott’s incessant flirting with ex Kourtney on public.

“Tension between Kourtney and Sofia got weird toward the end of Sofia and Scott’s relationship. Sofia was getting mad that Scott was spending so much time with Kourtney,” the source went on.