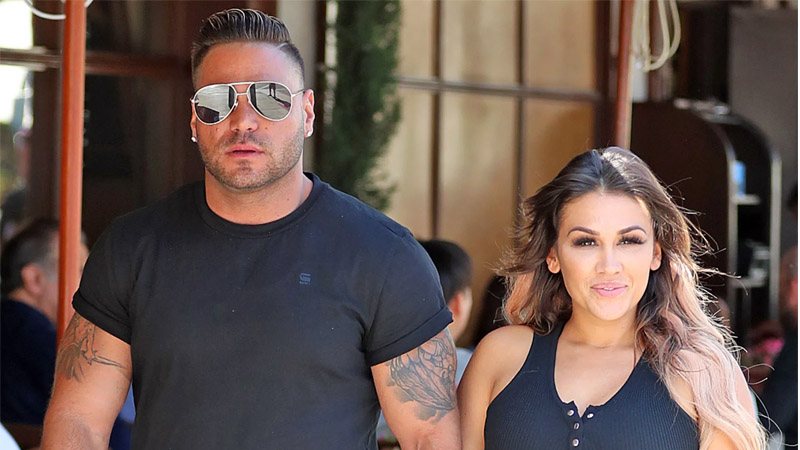 Harley was taken into police custody in Las Vegas on Saturday night after being charged with domestic battery and assault with a deadly weapon, according to TMZ. Authorities have yet to confirm who the victim of Harley’s alleged assault was. (Us Weekly also confirmed Harley’s arrest.)

As of Sunday afternoon, Harley reportedly was still in police custody at the Clark County Detention Center with bail set at $5,000.

Page Six has reached out to Harley’s rep and the Las Vegas Police Department for more information.

The real estate agent, who shares a three-year-old daughter with Ortiz-Magro, has a lengthy rap sheet of arrests from other alleged domestic violence incidents — most of which involved the “Jersey Shore” star.

As recently as October 2020, Ortiz-Magro was arrested for allegedly striking Harley, chasing her with a knife and resisting arrest. The incident left him facing seven misdemeanor charges, two of which were dropped in February.

In May 2019, Harley was arrested for allegedly throwing an ashtray at Ortiz-Magro’s head four months earlier during a New Year’s Eve party at a Las Vegas nightclub. Though Harley had originally called the police to report an intruder with a gun, when they arrived they discovered she had a warrant out for her arrest from the New Years’ incident. A judge later decided to drop the case that July.

Thankfully the on-again/off-again couple are no longer together. As Page Six previously reported in August 2020, Harley and Ortiz-Magro were working on co-parenting their daughter, Ariana.

Ortiz-Magro went public with a new girlfriend, Saffire Matos, on Instagram in October — but that hasn’t stopped his rap sheet from growing.

He was arrested again in April for another alleged domestic violence incident, for which Matos quickly defended the “Jersey Shore” star on Instagram, claiming their relationship was “fine.”

In May Ortiz-Magro revealed he would be stepping back from “Jersey Shore” to work on his mental health following the latest arrest.

Tiffany Haddish says Grammys wouldn’t pay her to host the event; Academy chief says ‘It was a judgment lapse’